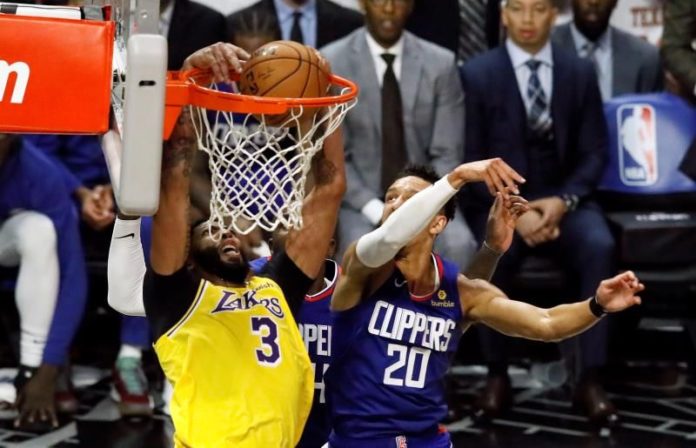 Leonard, who also added 6 rebounds and 5 assists, was escorted by Lou Williams and his 21 points in some exciting and very coral Clippers that with this first victory confirm that they aspire to this year.

On the part of the Lakers, two of his reinforcements for this new season, Danny Green and Anthony Davis (28 and 25 points, respectively), starred in the offensive of his team with LeBron James (18 points).

A Staples Center to overflow today witnessed the first duel between two teams called to be at the top of the Western Conference and to fight for the NBA ring.

And, in addition, it was a night of great premieres.

Leonard, MVP (best player) of the 2019 Finals with Toronto Raptors, debuted as leader of the Clippers, although Paul George, the other new signing of this Angelian team but who today was listed as injured, could not be by his side.

In the Lakers, who accumulate six seasons without qualifying for the qualifiers for the title, Davis appeared today, who aspires to form a fearsome pair with James, and his new coach, Frank Vogel.

The Lakers stepped on the accelerator from the start and took advantage of three Clippers turnovers in the first four minutes to mark territory (2-13).

A Davis quite inspired by his debut with the Lakers (9 points and 3 rebounds in the first quarter) kept his own ahead, although a final push from the Clippers, led by Williams coming off the bench, reduced the differences (22- 25).

Then Leonard woke up, who with almost 13 breathless points ignited the Clippers and turned the scoreboard midway through the second set (45-39).

Much thicker than at the start, the purple and gold clung to Davis’s inner power (18 points) and James (14 points) so as not to get off the hook before the break (62-54).

A new stretch of the squad that trains Doc Rivers gave them a maximum advantage of 14 points around the locker room, but the Lakers did not lower their arms and got back into the game with a tremendous mate of James (72-66).

There emerged an electric Green (18 points in the third quarter) leading from the perimeter a blunt partial 15-0 for the Lakers that left everything open for the last round (85-85).

The Clippers showed a much more varied and multifaceted game than their rival and members of the second unit such as Harrell, Harkless and Green put their grain of sand to achieve a considerable distance already in the equator of the last quarter (99-90).

And despite Green’s latest efforts, with seven points in a row, some inaccurate Lakers in the final claudicated before a Leonard who signed the first triumph of his Clippers.

Look: Today during the parade, Draymond Green has a message NSFW...