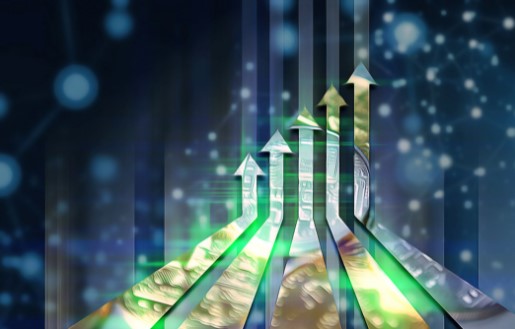 As of now, there are 18,442 different projects in the cryptocurrency markets. When there are too many options, of course, the heads get confused. Among these projects, there are those who can make a hundred thousand pricing, and those who will defraud their investors and disappear. So how can we choose among thousands of projects?

For this, it may be useful to examine the projects shared by popular analysts. But you should know that many of these projects shared by the influencers are only pumped for advertising purposes. In other words, it does not make sense to read this list and invest directly. You should definitely do detailed research yourself.

It is the first altcoin Cardano (ADA) shared by popular crypto channel Altcoin Daily and declared as high potential. Coinbase has started supporting ADA staking rewards by bidding 3.75% for ADAs held on Coinbase. This is actually a huge deal and a surprisingly high rate considering ADA returns have been between 4.1% and 4.3% over the last few years.

This APY will help ADA’s price action as it gives Coinbase users another reason to buy ADA and will aid overall crypto adoption. At least that’s what Altcoin Daily analysts think.

Coinbase cloud is running an Avalanche public validator node. This also allows AVAX network participants to stake AVAX tokens with the Coinbase Cloud and authorize them to validate transactions on the blockchain.

Polkadot (DOT) and Acala Token (ACA) are ranked 3rd and 4th in the list. Specifically, Polkadot parachains and VCs have teamed up to launch a $250 million Acala USD ecosystem fund. Acala is a scalable, high-throughput Polkadot parachain that supports fork-free upgrades and custom optimizations. Its ecosystem is clearly optimized for DeFi use cases and is centered around the collateralized AUSD stablecoin-inspired manufacturer.

He thinks with the analyst that these two cryptocurrencies can be appreciated.

Yuga Labs is the team behind Board Apes. They reached a valuation of $4 billion in a massive funding round led by Andreessen Horowitz. Most of the $400 million they’ve raised will be spent on their Metaverse goals.

ApeCoin made a serious premium and recovered after this news. Board Apes, Mutant Apes, and Kennel Club will basically have functionality in-game from the NFT brands under Yuga Labs.

The next altcoin to be mentioned is Cryptocom or Cronos (CRO), as you know, the name of the token has changed recently. They will sponsor the FIFA World Cup this year. Cryptocurrency exchange has made an agreement with one of the world’s largest football brands, professional football organization FIFA. He will make his name known to many people.

Florida will accept Bitcoin for state taxes. Governor Desantis has asked government agencies to investigate how to allow businesses to make tax payments in cryptocurrency. Of course, an investment basket without Bitcoin (BTC) is unthinkable.

It turned out that Edward Snowden had a hand in this...