Home Entertainment 11 countries where the royal system still exists, even if some of... 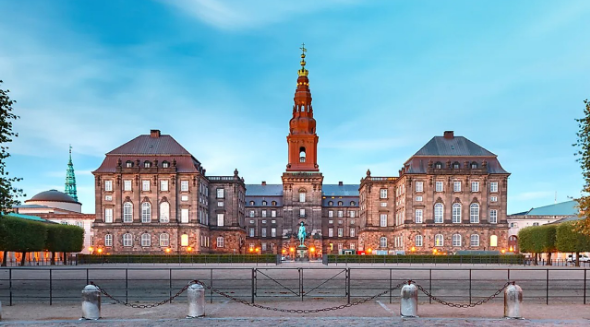 Although we live in the 21st century, many countries are still ruled by kingdoms. However, since many of these kingdoms continue the tradition, their role in governing the country is limited. But in which countries do these kingdoms still exist? Let’s look at it together.

The 20th century witnessed the collapse of many of its kingdoms and the spread of republican forms of government around the world. When the countries in which kingdoms exist, it is seen that they continue the kingdom as a tradition.

Kingdom of the Islands: Denmark

The Kingdom of Denmark consists of the Jutland peninsula, stretching north from the center of the Western European continent, and more than 400 islands to the east of the peninsula. Jutland accounts for more than two-thirds of the total area of the kingdom. Despite its small size and population, it occupies an important place in European history. The Kingdom consists of three countries: Denmark, Greenland and the Faroe Islands. Although Greenland and the Faroe Islands are autonomous regions, they depend on Denmark for foreign policy and defense. The current King is II., who has been on the throne since 1972. This is Margret.

The most famous kingdom: England

Great Britain, which was one of the leading powers of the world at the beginning of the twentieth century, weakened economically after two world wars. Northern Ireland is the only territory of the United Kingdom with a land border. Its capital, London, is today one of the leading commercial, financial and cultural centers. Today its population is about 67 million people. II, who died at the age of 96 in the past days. After Elizabeth III to the throne. Charles passed.

One of the most sparsely populated kingdoms: Norway

Norway, or officially the Kingdom of Norway, is a constitutional monarchy whose territory includes the western part of the Scandinavian Peninsula, Jan Mayen, the Arctic archipelago of Svalbard and the subantarctic island of Bouvet. Its total area is 385,252 square kilometers, and the population is about 5.3 million people. In this respect, it is one of the least populated countries in Europe. V. Harald, who has occupied the throne since 1991, sits on the throne.

Kingdom in the heart of Europe: Belgium

The Kingdom of Belgium is located in Europe and is governed by a constitutional monarchy. It is divided into three national communities and three federal districts. Belgium got its name from the Celtic tribe of the Belgae. The current king is Philip, the eldest son of Albert II, who sat on the throne from 1993 to 2013. With a highly developed market economy, Belgium has a population of about 11.5 million people. It is also one of the best in the world in terms of GDP per capita.

The Kingdom founded by Napoleon: The Netherlands

Until 1795, the Netherlands was a country consisting of a federation of seven autonomous regions. During the French occupation, the Dutch Republic was transformed into a modern unitary state, the Batavian Republic. It later became a kingdom when Napoleon’s brother Louis ascended the throne. It gained independence in 1813. The Kingdom of the Netherlands consists of the Netherlands, Curacao, Saint Martin and Aruba. 98% of the kingdom’s territory is under the administration of the Netherlands.

A kingdom with a very rich history: Spain

The executive body of a country governed by a constitutional monarchy is the Council of Ministers. Spain is one of the countries with the deepest and richest historical roots in Europe. There are 17 autonomous communities in the country. After Juan Carlos I abdicated in 2014, his son VI Felipe took the throne. The population is about 47.5 million people.

Saudi Arabia is one of the most famous kingdoms in the world. Salman bin Abdulaziz Al Saud, who ascended the throne in 2015, has legislative, executive and judicial powers. Members of the royal family also hold important positions such as defense and foreign affairs. The Kingdom of Saudi Arabia arose as a result of the treaty signed by the kingdoms of Hejaz and Netzid on September 23, 1932. Its population is estimated at about 35 million people, of which 33% are expatriates. The Kingdom uses about 8% of its GDP for military spending.

Thailand is a country located in the center of the mainland of Southeast Asia. Because of its geographical structure as a whole, it has tropical regions. Before the revolution of 1932, an absolute monarchy ruled here. Since then, it has been governed by a constitutional monarchy. In a country with a population of 69 million, approximately 95% of the population profess Buddhism.

Kingdom founded after the war: Jordan

A kingdom founded under the influence of the French: Morocco

After many years of struggle for liberation from the occupation of France, it gained independence in 1956. The country with a population of 37 million people has an area of 720,000 square kilometers. Morocco is located in a very important place in terms of geographical location. The Moroccan King is VI, who has been on the throne since 1999. He is Mohammed.

Jigme Khesar Namgyal Wangchuck, the current King of Bhutan, ascended the throne in 2006. Over the past few years, Bhutan has moved from an absolute monarchy to a constitutional monarchy with a popularly elected legislature. The wedding of King Wangchuck, held in 2011, became the most popular media event in Bhutan. kingdom

It includes many different races with a population of 770,000 people. Until 1974, the only way to get into a country where foreigners could not enter was a special invitation from the king or queen.