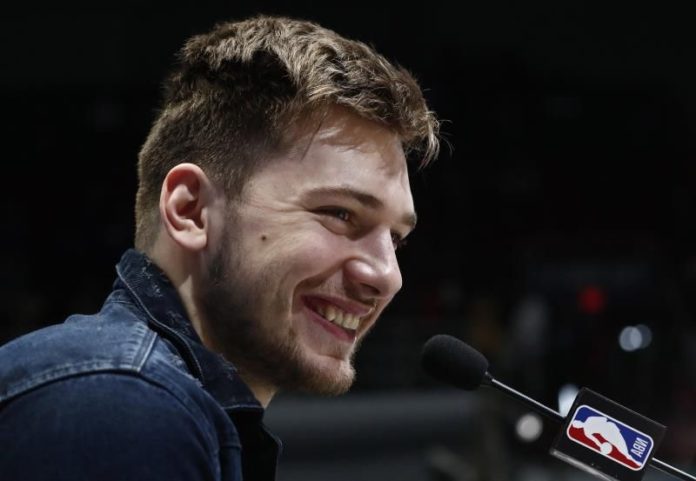 Slovenian baseman Luka Doncic managed to beat Michael Jordan’s mark by scoring 20 or more goals in 19 consecutive games, 5 rebounds and 5 assists despite the Dallas Mavericks losing 106-110 at home to the Sacramento Kings .

Doncic finished with 27 points, including 17 in the second half after Sacramento got a partial advantage of 46-66, reached seven rebounds – all defensive -, and distributed eight assists.

The former Real Madrid player beat the legendary Michael Jordan who was 18 in the 1988-89 season when he was with the Chicago Bulls and the only one who had achieved it from 1976-77 when the NBA and ABA leagues merged .

Luka Doncic could not also be the Saver of the Mavericks by failing the shot-to-basket attempt that in the last seconds could have forced the extension when the Dallas team made a tromba attack and the Kings found a way to avoid defeat.

Power forward Richaun Holmes captured the rebound of what was Doncic’s last attempt to tie the score in the absence of eight seconds from the end of regulation time.

Doncic had endured the marking of base Cory Joseph de los Kings in his attempt to penetrate the basket before making the suspended shot that failed.

After the rebound, the Kings asked for a timeout. Croatian forward Bogdan Bogdanovic, who had left for Bjelica, who also contributed seven rebounds, four assists, recovered a ball and put a cap, made a penetration to score the basket that decided the victory of the Kings.

Then again Doncic tried the most difficult yet with a desperate shot from the middle of the field, but the sound of the final horn came and the ball did not enter either.

Mavericks’ top scorer was forward-guard Tim Hardaway, who scored 29 points by scoring 10 of 13 field shots, including 9 of 12 triples.

Forward Dorian Finney-Smith and Latvian power forward Kristaps Porzingis each had 13 points, while Puerto Rican baseman Jose Juan Barea played 19 minutes as a reserve for the Mavericks and contributed four points, in addition to five assists.

The Serbian center Nemanja Bjelica asserted his great work within the painting and added 30 points – he scored his best professional brand – to the Sacramento Kings marker.

The game was always in control of the Kings who came to have up to 24 points ahead, but the Mavericks reacted, with a partial of 90-106 and 6:34 to play, reacted with a 10-0 run after a triple Doncic that placed six goals from the draw.

The Kings’ advantage was reduced to two points in a matte that Porzingis made with 34 seconds left.

Barnes missed an easy shot with the Kings and Finney-Smith captured the rebound and 14 seconds left. After a timeout, Doncic received the ball and tried to make the decisive basket against Joseph’s opposition that he could not get.

Now the Kings will travel to Houston to face the Rockets on Monday, and conclude a four-game tour, while the Mavericks will travel to Mexico, where on Thursday they will face the Detroit Pistons.