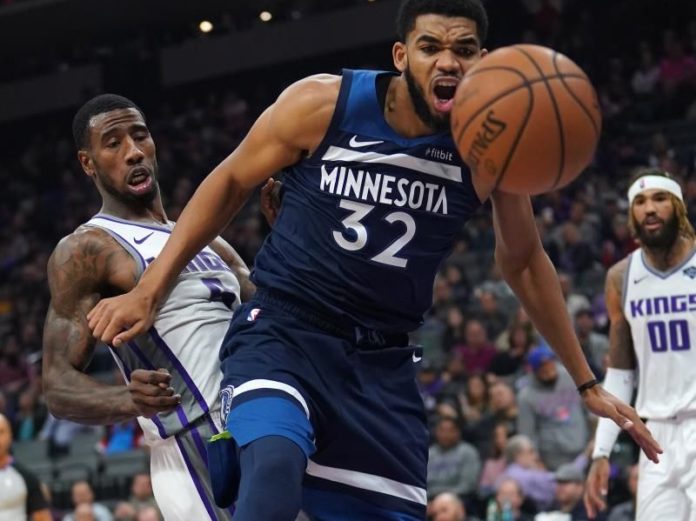 The American center of Dominican origin Karl-Anthony Towns shone in the offensive game of the Minnesota Timberwolves that surprised visitors to the Utah Jazz (102-112).

Along with Towns, base Jeff Teague also shined to get another double-double of 21 points, 11 assists and four rebounds, which left him as a leader in the direction of the attack.

Reserve forward Kelan Martin reached 14 points, including seven during Minnesota’s decisive streak in the fourth period, while power forward Robert Covington added another 15 points, which helped the Timberwolves (8-6) leave the Jazz with the first defeat of the season in their field.

Despite the absence of Canadian forward Andrew Wiggins, his second top scorer, the Timberwolves played a great defense by limiting the Jazz to only 36.8 percent of success in field shots.

Croatian forward Bojan Bogdanovic scored 18 points as the leading scorer of the Jazz (8-5) before being sent off for accumulation of fouls.

The escort Donovan Mitchell, the Jazz franchise player, this time could not be a winning factor, getting 17 points after hitting just five shots of the 23 he made to the basket, including 2 of 6 triples.

While base Mile Conley, who lost the individual duel with Teague, contributed 15 points, six assists and six rebounds.

The French center Rudy Gobert was the best of the Jazz in the indoor game to get a double-double of 16 points and 14 rebounds, which also did not prevent defeat.

This is how the MMA fighter Dean Maxwell ends after a...