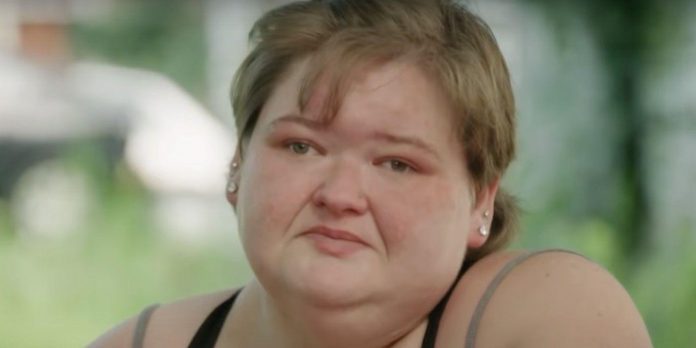 Amy Slayton Holterman has pleased fans of the “1000 pound Sisters” with her new mom. Viewers are happy to see that Amy is doing well after she recently gave birth to her second child. Now the reality TV star is experimenting with style to look and feel better.

Fans have been following Amy and Tammy Slaton since their journey began on the 1,000-pound sisters. When the series first aired, the sisters weighed a total of 1,000 pounds, and Amy weighed more than Tammy. However, even Tammy’s weight still exceeded 400 pounds. Amy always wanted to start a family with her husband Michael Holterman, but doctors urged her to wait a few years after she had gastric bypass surgery. In a typically stubborn manner, Amy ignored the doctor’s wishes and gave birth to the couple’s first son, Gage Deon Holterman. Not wanting to wait too long to give Gage a brother or sister, Amy and Michael just three weeks ago announced the birth of their second son, Glenn Allen.

Amy is not one of those who sits and waits for something to change in her life, so she took the bull by the horns. Fans were not surprised to see that Amy decided to clean up a little after the recent birth by dyeing her hair bright blue. The bold new look appealed to the subscribers of the “1000 pound Sisters”, who felt that the creative color really suits the star. Viewers immediately wondered if the blue shade was in honor of her second son and the fact that she was a proud mom of a boy. Amy looked very pleased, smiling in the photo, holding her son in her arms.

Amy and Michael welcomed Glenn into the family on July 5 by Caesarean section. Like his older brother Gage, Glenn was born healthy and weighed 5 pounds 11 ounces. Amy keeps her fans up to date with the newborn’s progress, and he is now three weeks old. According to his mother, he likes to eat and sleep, as well as spend time with his older brother.

Subscribers of 1000-lb Sisters hope that Amy decides to return to the show for another season. The mother of two recently shared that she felt like a bad mother because she didn’t spend enough time with her eldest son during filming. Followers are concerned that Amy may decide to leave the spotlight to become a full-time mother. Tammy has already hinted that TLC has started filming, so only time will tell if Amy will make her debut in her new image on the small screen.

Nintendo Switch Won’t Get a Price Increase “For Now” Despite Higher...