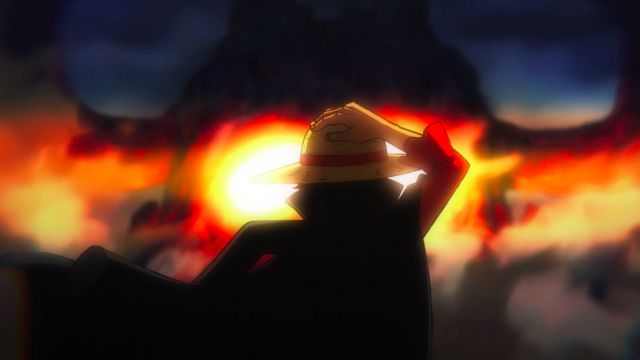 One Piece: Eiichiro Oda’s well-known anime makes history with its 1000th episode premiere, but Luffy and the rest of the Mugiwaras are in better shape than ever. One Piece reaches 1000 chapters today and I have the feeling that I could get rich if for the next few hours they gave me a euro every time someone starts talking about the laziness of such long animes. All of us who keep the series up to date have been through that. We all had a first moment of doubt before letting go of the moorings, hoisting sails and throwing ourselves into the sea. A moment of hesitation that usually comes many, but many years after meeting Luffy.

Because we pay more or less attention to him when we cross paths, the echo of his exploits usually awakens the memory of that first meeting. Memories of when the next King of the Pirates was nothing more than a rookie, a freshwater buccaneer plying the defunct Fox Kids, or perhaps Jetix, or K3, Nou 2, ETB and TVG. Maybe even the dangerous waters of Telecinco. The fact is that we all end up feeling his call, a flash of nostalgia and curiosity that prompts us to wonder about the time it may take to reach the Merry, and at the same time, we have all complained at the time of the resulting figure, losing the desire to try and postponing the trip over and over again.

In my case, over the years I no longer had to hunt down the Merry, but the Sunny. Spoilers came to me from distant islands, from chapters too advanced to worry about them. Deaths that were said to be moving, wanted posters with strange faces, incorrigible words like gear, poneglyph, shichibukai, haki or younkou. I wondered if he had missed the opportunity to accompany the Straw Hats. If it weren’t too many chapters, too much stuffing. Or worse, if he wasn’t too old or too busy. Because there is never a shortage of excuses for those who seek them.

“Too many chapters, too much stuffing, too long to catch up … The 1000 episodes of One Piece just feel like ‘too much’ before they start. Afterwards, too little.”

And yes, we are not going to fool ourselves. It takes time to catch up, and there are times that can be uphill. The community will always be divided by the schism of time skip, Oda is less and less embarrassed to show himself as a dirty old man and some story arcs such as Skypiea, Thriller Bark, Fishman Island or Punk Hazard still give me chills of sheer drowsiness . Nor do I think I will ever cry as much as I did with the Water 7 saga. But still, I am going to tell you a secret: these 1000 chapters of One Piece only feel like “too many” when it has not yet embarked on its way to The new World. When Laugh Tale is already on the horizon they are also too much, but too little. The best is yet to come and although it does not seem to be the case, I wish we had another 1000 episodes ahead.

The farthest border: the best buildings to build in the first...