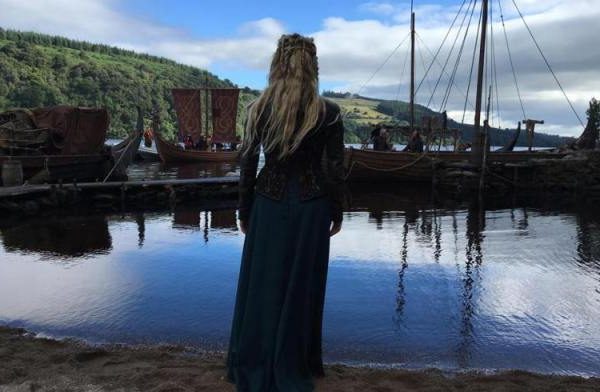 In Vikings, Kattegat first appeared as the powerhouse of Count Haraldson’s government. It served as the headquarters to carry out ritual events and other commercial and agricultural meetings of the Viking people that inhabited its surroundings.

Its strategic location on a fjord with access to the sea, made it a coveted settlement throughout the series, which became increasingly important as it expanded over the course of history as rulers changed.

Kattegat’s turning point came at the hand of Ragnar proclaimed Count and later King. It became the true center of Viking power when Ragnar left from there to invade France, Great Britain and Northumbria.

Evolving in the course of Vikings to a rich city, Kattegat suffers several battles in which it is destroyed and reborn as it changes rulers. Aslaug, Lagertha, Ivar, Bjorn, Harald, and Ingrid occupied his throne. Which makes it the main constant geographic reference in the series.

Over six seasons, Kattegat grew from a bustling market town to a fortified city and the capital of a kingdom. If its walls could speak, they could tell stories of meetings, assassinations, battles, and a siege that saw the expulsion of a king. But with the end of the series, his story is not over yet.

In the spin-off Vikings: Valhalla Kattegat appears 100 years later, but it is no longer a pagan city as in the past, in which any foreigner who was not Viking and who did not believe in his gods was turned into a slave.

In Vikings: Valhalla, with the Christianization of the “pagan” world, there are clashes of Viking Christian armies against Viking pagan armies. Kattegat will appear transformed according to the new story.

See Also
Why Ragnar and Lagertha shouldn't stay together

We will see her governed by Jarl Haakon (played by Caroline Henderson) a great warrior and tolerant leader who rules Kattegat with a firm hand. Although Haakon is pagan, he has managed to keep it a city open to all religions in a time as challenging as 100 years ago.

Youtuber gave away a lot of money by opening his own...