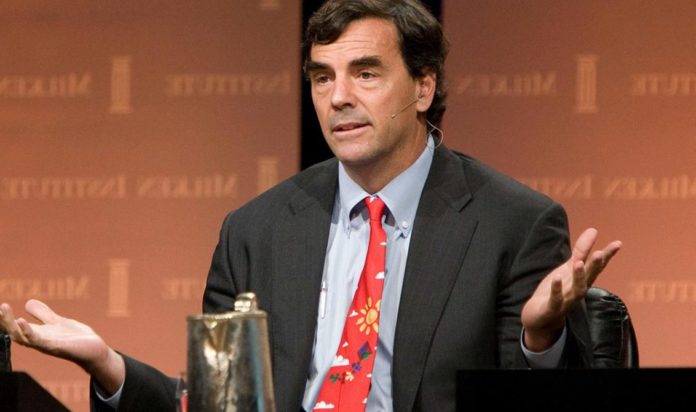 Tim Draper’s venture capital firm Draper Goren Holm promised $100 Bitcoin to every participant who came to the Los Angeles Blockchain Summit to be held in October.

Yesterday, the venture capital firm Draper Goren Holm, the famous billionaire Tim Draper , a Bitcoin investor, announced that he will be given free Bitcoin during the Los Angeles Blockchain Summit event, which will take place on October 6-7.

According to the statement, the company promises to give $ 100 worth of Bitcoin to everyone who attends the summit, and is doing this to encourage the community to study about the converter digital currency.

What’s more, the regular entry tickets for the event are given free to customers who sign up for the social trading platform eToro at $ 299. In order to be eligible for a limited number of free tickets, it is required to receive a $ 50 cryptocurrency from eToro.

BREAKING NEWS! We’ll give you $100 in #Bitcoin to come to the next @LABlockchainSmt to learn how to spend, save, earn or trade $btc and how blockchain will change the world!

Join us at our annual conference in October! https://t.co/mfNu8Zermk pic.twitter.com/ZecXZeg7th

Draper, Goren and Holm, in a joint statement, “It is undeniable that Bitcoin positively changes the world. The best way to learn about Bitcoin is to use it, so we wanted to give thousands of people their first $ 100 worth of Bitcoins. ” The statement said.

Many conferences related to previously planned cryptocurrencies around the world are canceled or delayed one after another. The latest was the Bitcoin 2020 conference, which was announced today, postponed to the third quarter of the year. Under normal circumstances, the conference would take place at the end of March.

5 Reasons for Lucifer to Win! Here are the reasons

Marvel Studios: What could be the title of Avengers 5?

BTS reveals their look changes for their next comeback

Mia Khalifa reveals how weird her adult film debut was

Kaaris: Rohff reacts after the release of his title “Success”!