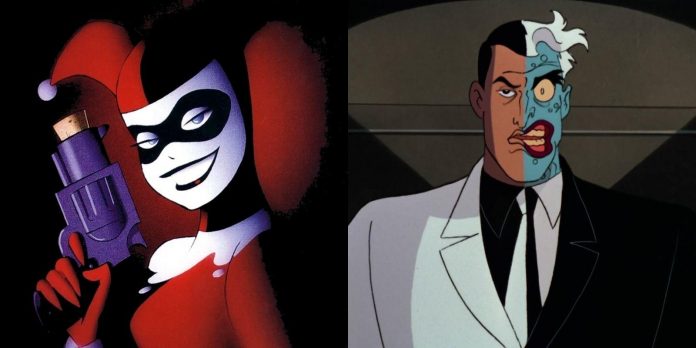 Robert Pattinson might be the current Caped Crusader, but if there’s one version of the Dark Knight that many fans consider the definitive Batman, it’s the one presented in Batman: The Animated Series. It seems like every choice made with the characters and conflict in the show was made to demonstrate the best of Gotham, especially the Rogues Gallery.

The only characters who could outshine Batman himself are the antagonist in his long list of adversaries. From Mark Hamill’s Joker to the tragic Mr. Freeze, the animated versions of these iconic characters did their best to give viewers their worst. Needless to say, the results speak for themselves.

Although he would get a redesign in the later seasons, the original version of the Penguin seen in the animated series should’ve remained untouched. Taking influence from the Tim Burton version of the character, this variation of Oswald Cobblepot was more intelligent, complex, compelling, and sympathetic.

RELATED: Batman Bad Blood – 10 Quotes That Say The Most About The Bat Family

Similar to characters like the Phantom of the Opera, the Penguin is grotesquely designed, yet he carries himself with an air of aristocracy that lingers with him even during his heists. The series would later steer him in a direction more closely to the ’60s series, but their original take on the character was a brilliantly compelling creation.

When Paul Dini and his creative team were producing a new Batman series, they had a plethora of different villains to appear in his first episode. However, they didn’t go with the obvious choices of characters like the Joker or the Penguin. Instead, they went with a new version of one of the Dark Knight’s most terrifying foes, Man-Bat.

The episode “On Leather Wings” brought Man-Bat out of the ’70s and into a new age of superheroes and villains. The deformed former scientist is a monster, and the animated series made no attempt to hide that. Batman’s debut episode was like something out of a John Carpenter film.

The Ventriloquist And Scarface

One thing the animated series did better than any Batman adaptation that came before was to take ridiculous characters from the comics and turn them into unforgettable screen presences. Though he wasn’t the only one to receive such treatment, The Ventriloquist went from being a goofy side villain to one of the most frightening in the show.

Arnold Wesker suffers from a split personality that manifests itself in the form of a mobster-inspired dummy by the name of Scarface. What sounds like the plot for a Looney Tunes episode turns into something feverishly twisted as the puppet is the one calling the shots. It certainly catches Batman off guard.

The animated series not only introduced brand new characters to the Batman mythos but wrote some of the most heart-wrenching tragedies in a superhero show. One such example of both factors was Baby Doll, a former child actress suffering from systemic hypoplasia which caused her body, not to age. After her TV show was canceled, she went to take the cast hostage to recreate a shattered memory.

Paul Dini is responsible for creating this character and her tragic story, and it’s truly one of his best contributions to the series. It’s one thing to have a sympathetic and possibly redeemable villain, and Batman has no shortage of those, but it’s another one to have their plight be absolutely heartbreaking.

In the case of Dr. Jonathan Crane, the series didn’t exactly nail him on the first try, at least with his design anyway. Scarecrow’s design really didn’t get consistent until the show’s third season, his episodes were certainly worthy of the character, but it took the show a while to absolutely nail him.

The third season introduced a terrifying Scarecrow the likes of which fans hadn’t seen before. Along with a fiendish plot to control Gotham’s populace, the character was also given a more horror-movie-inspired makeover and a chilling performance from Reanimator’s Jeffery Combs. If fear is power as he says, this version of Scarecrow is a force to be reckoned with.

Like many characters who first appeared on-screen in the ’60s, the Mad Hatter got a much more compelling reimagining that has since stuck with the character. Jervis Tetch was a former scientist for Wayne Enterprises who experimented with neurological technology and wound up creating a brilliant mind-control device. But it was a broken heart and rejection that sent him on the path to supervillainy.

Prior versions had an unhealthy obsession with hats, but by using the themes of Alice in Wonderland and mind-altering technology, the series remade the Mad Hatter as a more complex, sympathetic, and even creepy villain for the show.

The animated version of Harvey Dent seen in this series is perhaps one of the most respected versions of the character, as the series used him to a greater effect. Two-Face didn’t just appear as an established villain, he was developed and created right before the audience’s eyes. By featuring him as a supporting cast member before his transformation into the villain fans know, it gave him a more emotional investment.

Once his diabolical split personality takes over, Two-Face becomes one of the most threatening presences in the series. At the same time, Bruce Wayne/Batman’s connection to his friend Harvey makes taking him on a heartbreaking rollercoaster for the Caped Crusader.

Two-Face’s origins were very unfortunate, but the animated series’s adaptation of Mr. Freeze took an otherwise ridiculous villain and turned him into a Shakespearean tragedy that has remained canon to this very day. A scientist turned supervillain thanks to a horrible lab accident, Mr. Freeze commits his acts of destruction to save the woman he loves, not for malicious intent.

RELATED: 10 Memes That Perfectly Sum Up Batman As A Character

Freeze has it rough, and that’s an understatement. It’s impossible for him to even exist outside of his frozen suit, and watching his love suspended in a cryogenic chamber has to do a massive number on his mental health. To say he’s come a long way from his humble beginnings would be an understatement

If it wasn’t for the animated series, fans wouldn’t have Harley Quinn. Although she began her life as the Joker’s comedic sidekick and love interest, the series developed her further into the more complex character of Harleen Quinzel with each new episode.

“Mad Love” was the moment that truly defined the character, as well as shed light on her relationship with the Joker. Just like Mr. Freeze and the Mad Hatter, Harley is a tragic figure suffering from a broken heart in a hostile environment that continues to pull her back to the wrong side of the law.

To say that Mark Hamill nailed the character would be a more accurate statement regarding the animated Joker. Like Batman, this version is the definitive incarnation of the character to many fans and it’s easy to see why. The animated series seemed to bring together the best elements of the Clown Prince of Crime to create the penultimate Joker. 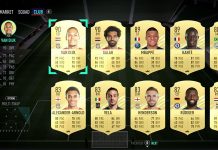 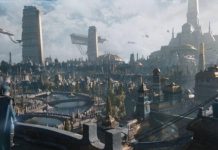 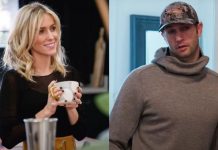 Evil Dead: The Game Is Delayed Until May