Home Entertainment 10 TV series that are ridiculously different from the books they are... 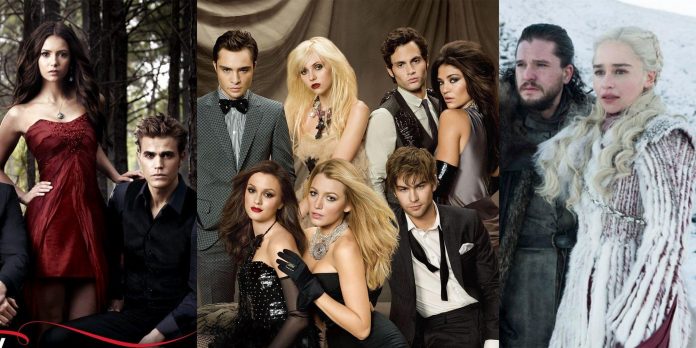 When favorite novels are transferred to the small screen, readers place a lot of expectations on the series, starting from the inclusion of their favorite characters, scenes and plot points. While some shows stay true to their source material, other showrunners prefer to use the basic premise of the novel and weave original stories around familiar characters.

In many cases, this formula really works, and some of the most memorable shows, such as “The Vampire Diaries” and “Gossip Girl,” have moved far away from their books, but still have become cult favorites among fans. Fans of the show and fans of the books would be shocked if they compared their favorite titles from both media!

The series uses L. J. Smith’s novels of the same name as the source material, but they are almost not similar to each other. Starting with the name of the city (which is called Fell’s Church) and ending with the general plots and characteristics of each player, “The Vampire Diaries”, a first-class fantasy show for teenagers, took a lot of liberties and actually changed the show for the better.

Elena’s book was blonde, vain and mean, which made her generally less attractive. She had a best friend named Meredith Soulez, who was a vampire hunter, Bonnie was descended from druids, and Damon and Stefan also had many variations in appearance and stories. Bonnie and Damon had a full-fledged romance, and characters like Kai, Lily Salvatore and Jeremy Gilbert were created just for the show.

The HBO show conquered the world as viewers eagerly awaited the release of each episode. George R. R. Martin’s A Song of Ice and Fire novels formed the basis of Game of Thrones, but some big changes were made to the characters and story of Game of Thrones, which upset the readers of the books.

The fate of Catelyn Stark as Lady Heart of Stone, to their horror, was omitted, Sansa Stark had to survive the fate of Jane Poole with Ramsey Bolton, and Daenerys’ transformation into the “Mad Queen” are just some of the things that were changed for the show.

Sarah Shepard’s exciting “Pretty Liars” books got a TV show, but many of her original plots were ignored for some characters. “Pretty Liars” flourished thanks to the romances between Toby and the girls, but in the books Toby died of a drug overdose in the first part.

Similarly, Alison’s twin was the one who created chaos for Liars, and Caleb wasn’t in the books at all. Ezra and Aria’s relationship was short-lived and doomed. The show completely changed the ending and a few arches in between.

Only the first season of Dexter tried to stick to Jeff Lindsay’s book about a cute serial killer, after which every villain and storyline in the life of the Dexter Show completely diverged from the source material. Even the Ice Truck Killer was called Tamiami the Butcher, and Dexter didn’t kill him in the first book.

Surprisingly, Dexter is even more distant, and Debra really knew about his penchant for murder in books. LaGuerta was killed by Brian very early, and the book had plots involving cannibals and other villains that never made it into the series.

The biggest difference between Cecily von Siegesar’s novels and the beloved series was that Chuck and Blair didn’t exist as a couple at all, which is likely to disappoint fans who bought the books. The love triangle between Nate, Serena and Blair was much longer and more complicated than shown in the series, and at the end of the book, Blair and Serena left the guys and continued their friendship.

Eric is older than Serena and not gay, and Dan and Chuck belong to the LGBTQ+ community. In the books, Vanessa is much sharper and harsher, and most importantly, the identity of the notorious Gossip Girl is never revealed.

The critically acclaimed show ended badly, and fans wanted “Killing Eve” to end differently. Based on Luke Jennings’ Villanella and Eve novels, there have been some key changes between the series and the books. Eva’s ethnicity was different, as was Villanelle’s birth name.

Apart from these changes, the plot went far from the book when it came to Constantine’s death (he was killed by Villanelle, not Pam) and Ana’s relationship with the killer (it wasn’t romantic). The biggest change was Villanelle’s murder. and leaving Eva to mourn her loss, because in the books they actually found family happiness and happiness together.

Caroline Kepnes wrote the deeply addictive and dark novels “You”, and although the first season tried to stay true (with a few big changes, such as Peach’s death, Beck’s life situation, etc.), the second and third seasons were very different. There were also no neighbors in the first book, so nothing was humanized in Joe’s novels.

Joe and Love broke up when she was pregnant because he was arrested in connection with the deaths of Peach and Beck, after which he moved to Bainbridge instead of Madre Linda.

Why is Rina Sawayama not “involved in the narrative” that she...

Elden Ring Is Updated To Version 1.03: Patch Notes And News