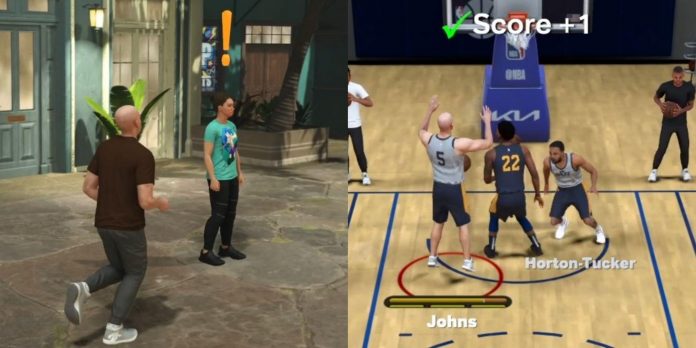 MyCareer is the defining NBA 2K23 experience. This mode occupies a special place among sports games with a reliable, complex and dynamic system that gives players unsurpassed freedom in creating their character and feeling like a real player.

There are so many ways it can go right, there are also many ways it can go wrong. In NBA 2K23, you can start all over again, but usually it entails spending hard-earned money to get back to where the player was before. The alternative is to just grind from scratch over and over again. With some tips, players can do everything right the first time and really enjoy the game.

10 Know the requirements for shooting, dunks and drawing

Perhaps the best thing players can do for themselves is to create a character, skip the story, go straight to the NBA, and then check out the dunk, shooting, and gameplay animations in the store. They will mention any requirements that the player must have in order to use them.

After seeing what the requirements are for contact dunks and other desired animations, go back to the drawing board and create another player, making sure that he meets the height and necessary attributes. Do this before spending the virtual currency on the player, maybe even a few times before everything is OK.

9 Use the assembly guide and make changes

It is clear that using the assembly guide can be frustrating. Players want to create their own athlete, not someone else’s. However, even if you don’t follow, looking through the guide and understanding why players gravitate to it is a great idea.

Many people say that the best build of a powerful forward is a post—playmaker. Nothing is lost if you substitute the numbers and understand why it is popular. Check the number of icons and attributes as they change height, weight and wingspan. Then proceed with personal changes, keeping this personal direction in mind.

Never believe someone else’s word about which build is the best before you try it. The “best build” for yourself won’t necessarily be the best for everyone. What looks great on paper is not always possible. For example, getting that number 99 to intercept only one or two balls in a full game might seem like a huge waste.

Not everything can be checked. Gamers will still have to come up with the perfect jump shot on their own. But the tests provide valuable feedback for builds and give players an idea of how they will perform in the endgame. If it seems mediocre, reconsider until you feel great.

For the first time in this year’s game, players won’t get all the badges they “unlock”. They get a certain number of badge points, and the unlocked badges represent a choice. This will result in a much smaller number of icons, which will make the choice much more important.

Gamers can get many of the best defense/rebound badges, but not all. Select a few and adjust the appropriate attributes until the player has enough to get all the icons he wants in the category. Do this in all four sections, and the construction will really take shape.

This is where the players make the most mistakes, and it’s easy to fix. Don’t choose your favorite NBA team and hope for the best. Players must choose the team that is best suited to the position and type of player they have created, otherwise they will never get meaningful playing time.

For example, the powerful forward of the Bucks will remain behind Giannis Adetokumbo for the rest of his career, since he is the player with the highest rating in the game. But an attacking defender who wants to fit into the same team will get minutes almost immediately, since Wesley Matthew is the player in the starting lineup with the lowest rating in the game. Find a team with a single weakness and create a player who can fill the void.

After creating a player and equipping the best shooters, talk to the characters in the city before starting a solo game. They offer several quests and rewards, most of which can be obtained by simply playing in normal mode. Money doesn’t get any easier than that without paying for it.

Even those who are at the maximum level should definitely talk to these NPCs before the game. Free money can be used to buy boosters and equipment. Or, if you’re in the mood, start a new player on the right foot with a truck of currency for extra stats!

4 Get an additional bonus

Go to the “Absorption” tab and check the empty space for perks. These privileges somehow increase the capture counter, but they need to be unlocked first. In most cases, this means completing the quest chain.

It’s as good for the build as anything else, and too many players don’t even know it exists because it’s new this year. Some bonuses can extend the capture for the entire game, which is why opponents will constantly fight a hard battle.