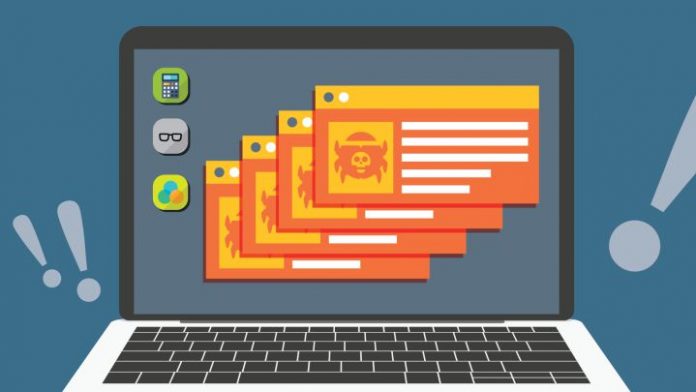 Before March 2020, Telecommuting and Electronic Commerce were something already taken for granted. But since the pandemic broke out and literally ate the whole world, both the Internet and the rest of the technological field, have meant continuity for many businesses thanks to teleworking or electronic commerce, from family stores to large supermarkets, sectors such as the Education, companies, banks, large multinationals, hospitals, even water treatment plants that can be turned into death traps.

Where the first (computer) virus was born

A virus, as defined in the manual, is software that aims to alter the normal functioning of the computer without the user’s permission or knowledge. Viruses usually replace executable files with other files infected with the virus code and can intentionally destroy data stored on a computer. They spread through mobile apps, computer programs, scams through networks and emails, they can come within content downloaded by sites like Torrent, etc.

As old as Desktop Computing itself, the first virus (considered to be such) attacked an IBM 360 Series machine and was called Creeper, (ENMS) by its author, Bob Thomas, at BBN in 1971. It was not designed to cause damage but to see if you could create a program that moved between computers. This program periodically emitted on the screen the message: “I’m a creeper … catch me if you can!” (“I’m a creeper … grab me if you can!”).

To eliminate this problem, the first antivirus program called Reaper (cutter) was created. From the 80s until today, the progressive establishment and use of information technology in homes, jobs, establishments, etc. has brought with it an exponential increase in malware, which today does not even respect mobile phones.

Cybercrime in the time of Coronavirus
Cybercriminals, aware of the shortcomings of many companies in security, seek the ‘entrances’ to business through weaknesses in the form of computer vulnerabilities or poorly protected systems. During the course of the Covid-19 crisis, they are taking advantage of the boom in the use of technologies to try to exploit their vulnerabilities.

They also use social engineering to sneak into our email with different fraudulent messages and thus carry out the deception: urgent communications or new administrative procedures supplanting the identity of different government agencies, the false arrival of an order pending receipt, or a supposed security update of our online banking. The goal is always the same: obtain access credentials for different services or infect devices with malware.

10 Symptoms that a computer is infected

Even if we have several antivirus, blockers and protection programs installed, sometimes malware can sneak in without us noticing it either by our own hand or because it has managed to bypass all the security systems that we have installed. Therefore, this is where everyone should be attentive to the signals that their PC, laptop, etc. send them. According to the OSI, the Internet Security Office, if you suspect that your computer is infected, look for any of these symptoms.

Slow: the computer suddenly runs slower than before, as if it lacks power
Programs do not work: the software you use every day suddenly does not run well or gives problems
The computer restarts or hangs for no reason
The antivirus has disappeared: perhaps one of the clearest and also blatant signs
Locked personal files: can’t you access your private data? Someone wants you not to delete or alter them
The printer does not work: before it was great and now it does not start, despite having restarted it, reinstalled the drivers and made sure that it works on another device
Pop-up windows every so often: the dreaded ad banners that pop up without even opening a web browser
Slow downloads: before it went at full speed but not now, and the mobile phone and other devices download the same as before, but not the PC
Emails that you have not sent: suddenly your contacts have emails from you that you have not sent and with subjects and messages suspected of being Phishing or something else.
The web browser does not work: suddenly the browser shows you websites that you have not requested and searches that you have not made.

Decred co-founder: Miners will want to double their Bitcoins