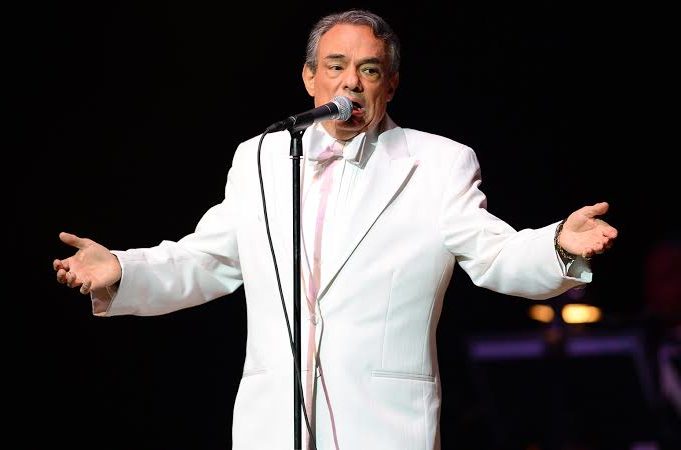 José José was one of the greats. One of the most prodigious voices in Latin America has died out at 71, but has left a musical repertoire that will be recorded in the minds of millions of fans who accompanied him for five decades of artistic career. These 10 themes of the Prince of the song have left their mark, like many others, in the history of Spanish music and have earned him a place as one of the best performers that Mexico has bequeathed to the world.

“Wait a little, a little more to take my happiness.” The choir of the ship of oblivion, the first success of the interpreter in Mexico, was in 1970 the first sample of what would come in the singer’s career: excellent performances with lyrics that penetrate the heart and memory. The single is part of a homonymous elepe, his second album. He won a gold and platinum record, largely thanks to this theme composed by Dino Ramos.

The masterful interpretation of El triste in the second Latin Song Festival (after OTI) is remembered to this day and meant the great international leap in José’s career. Interestingly, the singer did not win the contest and had to settle for the third place granted by the jury. His third album, named as his iconic single, came out shortly thereafter and with it the tours began across the continent. Much is due to the jewel given by the legendary composer Roberto Cantoral.

When José José released El Principe in 1976 he already had 10 albums in tow. A string of successes in the first half of the seventies earned him the nickname of The Prince of the song, which was undeniable after this single, treasured by his most faithful followers. It was at that time too, when their problems with alcoholism began.

“Friend, you have to see how love is, that flies to whoever takes it, hawk or dove.” This theme is undoubtedly one of José José’s favorite songs among the public. The single first appeared on the album Reencuentro, but returned to give the name of a film of the same name about his life in 1985. The soundtrack of the film included other hymns such as Pillow, If you leave me now and Love and love. It still causes controversy if the song involves José’s encounter with a man, but the interpreter has assured that it is really a young man who conquers an older woman who exceeds him in knowledge about sex and love.

This song is one of the greatest odes to love by the interpreter, who devoted practically his entire career to the romantic ballad. “Almost everyone knows how to love, but few know how to love.” The phrase has been recorded in the collective imagination of Mexicans and is a must in a session with friends to hear the best of The Prince of the song.

Volcán gave its 12th album its name, in which it made an exceptional dumbbell with the Spanish composer Rafael Pérez Botija. Or you or I, Farolero, ask her and this classic came to the top of the popularity charts of the late seventies.

Juan Gabriel composed a couple of songs for José José’s next album, which premiered in 1978: The Past, Past and Not Now. The album also included another classic, What it was not will not be, written by José María Napoleón. The past, past, which has the marked seal of Juanga, immediately became a success on the radio. “I ask for an applause for the love that has come to me…” is another phrase by José (and Juan Gabriel) that has remained in the memory of Mexican music lovers of the seventies.

This theme, authored by Nicaraguan Adam Torres, tells the story of a man in love and tormented by alcohol and excesses. “Sometimes I return drunk with anguish, I fill you with kisses and caresses,” says the subject. That is an interpretation. Torres assures the Central American newspaper La Prensa that his inspiration was immigration and the nostalgia of feeling away from his wife while living in the United States.

“I am imprisoned among the networks of a poem, it is you who can help me or condemn me.” At the end of the seventies, BMG Ariola had planned a plan to strengthen the internationalization of two Mexican titans: José José and Juan Gabriel. That phase of experimentation bequeathed Japanese versions of the Divo de Juárez and was the seed for their songs to arrive in several languages ​​and in several countries. The prince of the song allied himself with the Spanish icon Camilo Sesto, who composed him If you leave me now. The singer-songwriter from Alicante also recorded a version of this ballad.

I doubt it was Secretos’ most successful single, José José’s 19th album and the best-selling of his career. The album, which also included Love ends and I’m going to fill you all, was produced by Manuel Alejandro, remained several months on the Latin American popularity charts and earned him a Grammy nomination.

SOL, Call of Duty: Mobile player, killed by another player