Home Tech 10 simple but useful Android emulators, each with its own functions 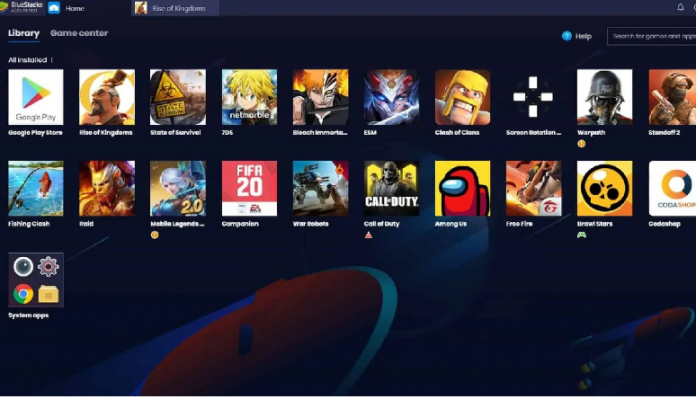 Android Emulators are software that emulates the functions of devices running the Android operating system on your PC. These emulators, which both players and application developers prefer to actively use, contain many functions. Today we have listed the best Android emulators that attract attention with their functions.

According to a recent study, Android ranks first in terms of operating system market share, ahead of Windows and Mac. This shows how important it is in today’s technology market. In this article, we have listed the best Android emulators that you can use on your Windows and Mac computers.

What is an Android emulator?

Android is an open source operating system for mobile devices such as smartphones and tablets. Android has become very popular for important reasons, such as open source and lower development cost compared to other platforms.

An Android emulator is software that emulates the functionality of the Android operating system on the computer on which it is installed. It also allows you to install Android apps on your system and use them with peripherals supported by the emulator.

LDPlayer is an emulator for gamers in general, but it also allows you to run other things. It is easier to use than many other emulators. There are many other features that distinguish LDPlayer from other competitors. Using the toolbar, you can take screenshots, record videos, customize the keyboard layout and much more. This is a free app that supports Android 9.

The most successful on the market: BlueStacks

BlueStacks has long been considered the most successful Android emulator on the market. In addition to supporting Windows and Mac platforms, it also has many features for gamers. The latest developed version, BlueStacks 5, is the fastest emulator ever created and offers a very successful gameplay even in games that require high performance. Overall, if you have a good computer, this is the best Android emulator you can use in terms of performance.

An emulator where you can play any game: NoxPlayer

NoxPlayer, like BlueStacks, is an Android emulator compatible with Windows and Mac platforms. It also provides users with various functions such as taking screenshots and recording videos. NoxPlayer, released in more than 200 countries and regions, has more than 150 million users.

If you want to play mobile games on your computer, this is one of the fastest Android emulators you can choose. Released in 2015, Memu offers performance similar to other emulators in terms of performance. One of the most important features of the Android Memu emulator is that it supports AMD and Nvidia chips. It also supports various Android versions such as Jelly Bean, Kit Kat and Lollipop. In addition, it allows you to play mobile games installed on the emulator using a keyboard, mouse or gamepad.

Genymotion is a very easy—to-use Android emulator. It is specially designed so that application developers can test the products they develop in a virtual environment. Genymotion, which very successfully meets the needs of users, offers the design of many Android devices. However, let’s not forget that you can’t play games like Call of Duty or PUBG. You can use Genymotion for free only for personal purposes. It also supports platforms such as Windows, macOS, Ubuntu, Debian and Fedora.

PrimeOS is an emulator that has always managed to stay on trend in the emulator market thanks to its excellent features. It offers its users a full desktop with macOS and Windows support. It also turns the system into one of the most efficient mobile platforms with added convenience. You can also play popular games like Call of Duty, FIFA, PUBG and many others with PrimeOS.

An emulator that you can use in your browser: ARChon

The ARChon Android emulator is quite popular due to its versatility. This is the first Android emulator that can run in Chrome. In order for the APK files that you download to be compatible with ARChon, you need to make small changes to the file. The best thing about this free emulator is that it works on all operating systems that support Google Chrome.

Ko Player is one of the best Android emulators that offers its users high—quality work with Android on their computers. This powerful emulator is mainly focused on providing a smooth gameplay for its users. It also launches any app available in the Google Play store. It also supports all peripherals such as keyboard, gamepad, mouse, microphone and camera.

Mumu is an emulator that is more focused on games, unlike other emulators. The main version supports Android 6, but there are also beta versions being tested for Android 9 and Android 11. MuMu Player has a toolbar with almost the same functionality as LDPlayer and MEmu. Like many other emulators, this one supports a gamepad.

GameLoop was previously known as Tencent Gaming Buddy. Recently, he managed to stand out among many Android emulators thanks to the support of one of the most popular mobile games, Call of Duty Mobile. Prior to the release of COD, it only supported PUBG and a few games developed by Tencent. However, GameLoop is not a very suitable emulator for other Android apps and app developers.

The deal that can end the chip crisis! Sony and TSMC...

Custom setting for tablets from the Chrome app