Home Entertainment 10 Sega Games Worth Adapting to a TV Show 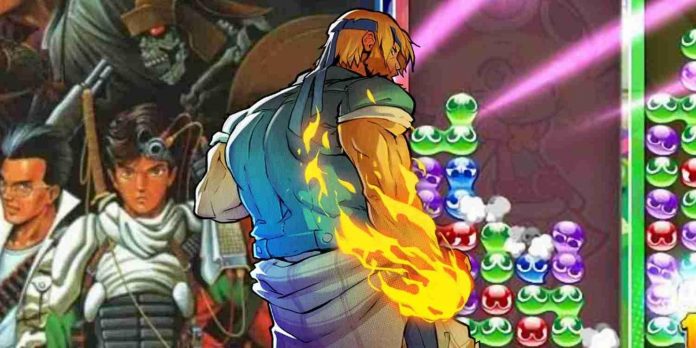 Netflix is gearing up for Sonic Prime with SEGA’s own blue blur starring, breaking away from its recent movie success with Sonic The Hedgehog 2. The streaming service is also well known for its video game adaptations following the success of Castlevania, which gets a sequel to the show. Are there any other SEGA properties that could become a great series?

In addition to Sonic, SEGA has been successful in adaptations, as games like Persona have had anime adaptations. Shenmue recently received an animated series on Adult Swim, which has proven itself well. However, there is still room for more. Many TV shows have iconic characters or wonderful stories that need to be seen in other environments.

This SEGA beat-em-up series is one of the company’s most enduring franchises. Despite the death of the arcade in which this genre flourished, a few years ago Streets of Rage received a new part. The series features squads of vigilantes trying to destroy the criminal syndicate that controls the city. The main character, Axel Stone, is a former policeman, disillusioned with corruption in law enforcement agencies.

The series has always been a favorite among fans, and anti-police themes could help it succeed in the current conditions. It was announced a few years ago that there would actually be a television adaptation, although it was somewhat replaced by a film adaptation created by John Wick’s staff. If this succeeds, teleadaptation is unlikely.

Shinobi was SEGA’s attempt to compete with the excellent Ninja Gaiden series of games. This series debuted on slot machines in 1987 and has more than 10 sequels. Since then, the main character Joe Musashi has become one of the icons of SEGA. The series has sold four million copies and is known for its high technical achievements.

The plot follows Joe in his quest to become stronger and defeat the evil ninja clan Zid. However, the series is less known for its plot and more for its exciting graphic scenery. Ninja actions are common throughout the franchise with Sengoku period imagery such as castles and cherry blossoms on every corner.

SEGA is not just the main studios like Sonic Team, as they also own the JRPG juggernaut Atlus. When people think of Atlus, they most likely think of their famous Persona series. There’s another series they’re known for, though it’s perfect for a medical drama. This is the Trauma Center series, also known as Trauma Team, a series of melodramatic surgical simulators.

The games are fascinating and fun games that overly dramatize the operation. Doctors can start saving patients from common diseases, but magical biological weapons will appear. Over time, the games turned into a stellar list of doctors of different specialties and styles. The series is a comprehensive plot and cast of a future TV show.

While gamers may know the Persona series, the series from which it originated is much less well known. Shin Megami Tensei is a series about summoning demons to fight the apocalypse. It originated from the novel series itself and is released much less frequently than its by-product. Nevertheless, the themes of the series are dark and brooding, and the mythology is well suited for the series.

The game has many characters from mythology appearing in the real world. Sects have formed that worship either Order or Chaos, and the choice is up to the player, but they are often quite gray. This unconventional morality would be perfect for the show. Summoning a demon will also lead to epic battles, although the series may want to avoid Christian demons for an American audience.

Crazy Taxi is one of the boldest and best classic arcade games in the SEGA repertoire. The series is firmly rooted in the late 90s, and its soundtrack includes bands such as The Offspring. There are rumors that the series will have a reboot, which would be great. A companion show would also do a lot to reinforce the mannered aesthetic and silly world of the series.

The gameplay of Crazy Taxi is to deliver passengers to their destination as quickly as possible. Despite this, all drivers have a unique backstory in the manuals that we will never see. The show can be a good place to see such things. In addition, cool stunts with vehicles will certainly be mandatory.

Puyo Puyo didn’t start out as a SEGA game, but the puzzle game series is great for those looking for action-packed puzzles. The series also began not as a puzzle game, but as a series of role-playing games with a lot of knowledge. The game involves many brave characters with many personalities. They would definitely fit into an animated show very easily.

Modern Puyo games often prefer jokes in the plot. Characters like Shezo and Risakuma definitely have more jokes these days.

Spider-Man’s Friend or Foe should get a Remake