Home Entertainment 10 roles for which Tom Cruise should have received an Oscar, according... 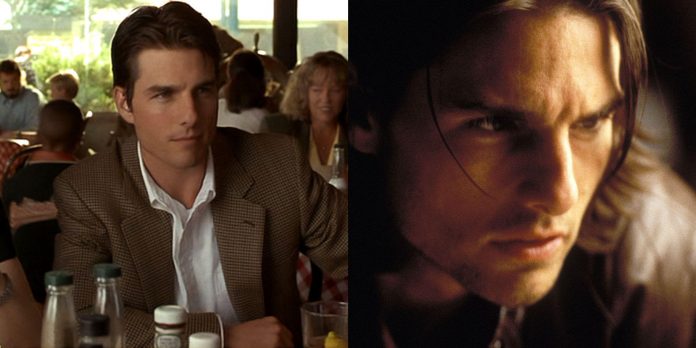 With Top Gun: Maverick becoming a phenomenal box office success even by Tom Cruise’s high standards, it’s amazing that the actor is still outdoing himself at 60. Action movies and stunt work may be his bread and butter, but many fans would agree it’s Cruise’s charismatic acting abilities that keep them coming back.

Despite being one of the most popular leading men of the 21st century, one thing missing from the actor’s illustrious collection of achievements is an Academy Award for acting. Though he’ll still have plenty of opportunities to get the prize, movie buffs on Reddit feel he’s already had some Oscar-worthy roles.

Although it received mixed reviews from critics when it was first released, Oblivion has aged well in the intervening years and has come to be considered one of the best apocalyptic movies of the 2010s. Whilst the intense action and sweeping sci-fi visuals got the most attention from fans, one Redditor thought Cruise’s performance as the lead shouldn’t be overlooked.

That user, housebird350, put forward the movie title “Oblivion,” and though it wasn’t a suggestion that received a lot of support, there is a decent argument to be made for it. In a world ravaged by an alien threat, Cruise’s portrayal of one man’s emotional turmoil as his entire worldview falls apart around him is still striking nearly a decade on.

With the trailer for Mission: Impossible – Dead Reckoning dropping only last month, Mission Impossible is still one of the most popular action franchises in the world. Whilst it’s synonymous with its leading actor, however, it featured surprisingly rarely in a discussion of Cruise’s Oscar-worthy roles.

Of course, from the first movie in the series, Cruise’s portrayal of Ethan Hunt has been more about exciting stunts than conveying emotion, but Redditor fungobat believes it would be a shame if his performance was overlooked because of that. They make the argument that “he puts 150%” into playing the character. and it’s a performance that’s likable, if not the kind that attracts awards.

In Jerry Maguire, a rom-com about an outcast sports agent and his relationship with a single mother who believes in him, Cruise found a role that resonated with critics and earned him an Oscar nomination for Best Actor. Whilst Geoffrey Rush ultimately took home the accolade that year, Redditor AlexHM thinks Cruise more than deserved the win.

They argue that the movie’s “long term impact on film culture” stands for itself, and since “Cruise carries the whole film” with his performance, he deserved something to show for it. Although critics heaped praise on the actor’s performance at the time, it’s undoubtedly one that’s aged well for him, too.

Tom Cruise’s charisma has led to him being one of the most iconic men in cinema, but it’s also something that could make him an excellent villain if he took on such a role. Redditor Varekai79 argues that Cruise has already demonstrated this with Interview With The Vampire, saying “He is magnetic and extraordinarily charismatic as Lestat” and that “You can’t help but be drawn to him” as a villain.

His performance as Lestat was certainly one of his most memorable, and many consider it to be a quintessential vampire movie. But sadly, despite positive reviews from critics, the movie didn’t make much of an impact during awards season. Many fans would like to see Cruise back in a more villainous role, but for now, Interview With a Vampire is the actor at his malicious best.

In a Ben Stiller comedy that stars the likes of Jack Black, Robert Downey Jr.,  Nick Nolte, Danny McBride, and many more, it takes a special performance to stand out from the rest, but Cruise’s turn as the furious movie executive Les Grossman did just that in Tropic Thunder. His performance earned him a Golden Globe nomination, though only Downey Jr. managed to get the attention of the Academy members.

Redditor lacourseauxetoiles suggests that bad timing played a part in this stating that, although Cruise’s performance was good, it “definitely did not deserve to beat Heath Ledger that year.” Ledger’s portrayal of the Joker in The Dark Knight dazzled critics, so, though Grossman in Tropic Thunder is one of Cruise’s best efforts, it was never to be his year.

Despite being a selfish and unlikable character, movie fans appreciated what Cruise brought to Rain Man to the point where it’s still considered one of his best characters ever. Dustin Hoffman’s performance as Raymond in the movie took most of the accolades, but one Redditor thought that this was a shame.

Michael Mann’s Collateral is an immensely stylish action thriller. Though the movie received critical acclaim, only Jamie Foxx managed to score an Oscar nomination for Best Supporting Actor for his performance as the taxi driver that Cruise’s hitman protagonist takes hostage.

One Redditor believed firmly that it was the role Cruise deserved an Oscar for, simply stating the movie’s title “Collateral” and receiving support for the suggestion. Cruise is fully believable as the contract killer, and other Redditors agreed that his performance was one of the movie’s strongest points.

One title that comes up frequently in discussions of Tom Cruise’s best movies is A Few Good Men, in which he plays Lt. Daniel Kaffee, the defense representative defending two marines from accusations of murder. A tense and thrilling movie, it showcased Cruise at his best alongside some other heavyweights, including Jack Nicholson and Demi Moore.

One Redditor believed that it rated amongst his best performances in terms of award-contenders, describing it as an “Oscar worthy” performance. Once again, Cruise was overlooked in favor of a Best Supporting Actor nomination for Nicholson, as well as the movie being up for Best Picture, in one of the prime examples of how Cruise’s ability to carry an iconic movie is underrated.

Paul Thomas Anderson is renowned for getting the best possible performances from his actors, and he rose to the occasion again in Magnolia, a unique movie in which Cruise played the fascinating motivational speaker Frank Mackey. Though its huge ensemble cast made it hard to stand out, Cruise did just that, earning a Best Supporting Actor nomination at the Oscars and winning the category at the Golden Globes.

Though Magnolia isn’t as talked about today, those who had seen Cruise’s performance in it were unequivocal in their praise, with Redditor rxsheepxr going as far as to say it set “a high bar for him that I don’t think he’s ever matched before or since.” Showcasing a side of Cruise that isn’t often seen, it’s understandable why many considered this movie to have been his best chance at an Oscar.

Despite his amazing work in more recent decades, Redditors agree that Cruise should have won an Oscar back when he was still in his twenties. In the movie, the actor plays the real-life anti-war campaigner Ron Kovic on the tragic 20-year journey transformed the man. One Redditor felt particularly strongly about his performance, saying, “He probably would have won for Born on the Fourth of July any other year”.

Cruise’s performance in Born On The Fourth Of July was highly praised for its power and simplicity, and it took him all the way to a Best Actor nomination at the 62nd Academy Awards. Poor timing meant he was competing against Daniel Day-Lewis as Christy Brown in My Left Foot, which is a shame as many fans feel Cruise could easily have already won his Oscar very early in his career.

Jerry from Rick and Morty is secretly immortal (for the perfect...