Home Entertainment 10 Reasons why The Wilds Deserve Another season, According to Reddit 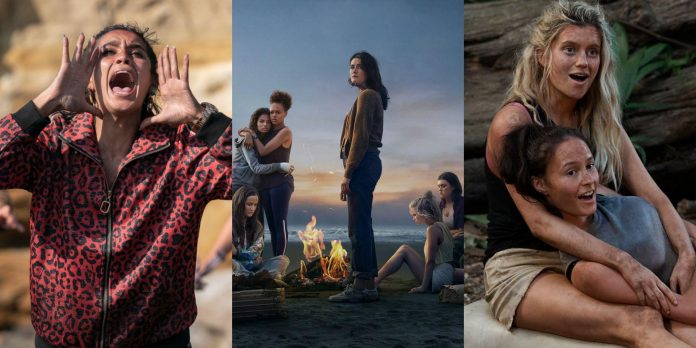 It’s no secret now that the hit Prime Video series The Wilds has been unfortunately canceled shortly after its second season aired. After its mixed response this year, casual fans or TV show fanatics unfamiliar with it may not be surprised.

However, many still feel that it was snubbed of the fantastic story it was telling and deserved to continue for many reasons that aren’t just the lingering questions it left, though that is a large part of it as well. The fan subreddit has exploded with grief over their favorite show, with a massive outcry of support for its sweet YA tale of people stuck on an island experiment sharing their pain in their oddly comforting escape from technology and society, with reasons for it to continue that may surprise its passive watchers.

The Boys Weren’t That Bad

Backlash understandably arrived after season 2’s premiere, which was criticized for undermining the show’s main appeal, the dynamics of the female relationships, to share its screentime with eight all-new male characters. Season 2’s uphill battle was characterizing its new cast, while not abandoning the women that made the series in the first place.

Many fans on Reddit blame the series cancellation on its failure to do just that, however, Redditor ducky7goofy says while they weren’t that interesting, they “weren’t that bad” and that fans were “blaming the showrunners for not folding to their every whim.” They added, “The boys could have added an extra dimension to the show but were not given a chance to even exist.” If the show had received its third season, the inclusion could have been redeemed.

It goes without saying that there are many unanswered questions after the cancellation of The Wilds, with the finale of season 2’s gutting cliffhanger. While some series at least appear self-contained, The Wilds clearly had plans to develop further.

In starting that conversation, _Quirky_spirit lamented the many threads that will never be untangled. Those questions included; “How was Nora extracted? Does she reunited with Rachel?”, “Why did Shelby agree to be a confederate?”, “Would Gretchen get caught and be punished? What about her team?”, “Do they ever get off the island/exit the experiment?” There is a tragic desire from fans to know more that may never be met.

We Didn’t Get To See Seth Die

Seth (Alex Fitzalan) was an antagonist as despised as series mastermind Gretchen (Rachel Griffiths), but one that fans adored hating. His part as the plant left fans with a desire to see what he had planned next, and to have his actions put to an end after learning of his cruel nature.

User rugged_beard hilariously left their opinion in one aptly simple comment, saying: “So sad we didn’t get to see Seth die. Dude was a goof”. Seth was a brilliantly loathsome figure who deserved to see the light of a third season so he could see justice be done to him, and as it stands, he will never have his satisfying just desserts.

More Scenes With The Girls

While some fans are displeased that the boys won’t be fleshed out, others are also upset that the girls won’t have the opportunity to regain the presence they had, and have their fantastic interactions earn the limelight again in the future seasons.

Amidst frustrations about the state of streaming services, user thenihilisticone said “and most of all, [I want] some more scenes with the girls (since this season lacked it) and actually see how it ends for them.” The overwhelming opinion r/TheWildsOnPrime is that they were robbed of their spotlight, and they deserved another season to shine.

While the reception to the male actors has been mixed, possibly due to bigger season 2 frustrations, the female actors have been universally praised, with their lack of future together in the series being mourned. For some like Jenna Clause, this was a breakout role.

User cloudedconstitutions comments how,” we won’t ever get to watch this great group of actresses on screen together again. Their chemistry is incredible, like they were made to act opposite each other. And the dynamics of the characters just let that magic shine. So this is a real loss for television.” The show had truly talented actors, and this comment by this Redditor speaks for itself.

One of the male actors who did earn attention from fans was Fitzalan. Fans want to see the worst for their character but were sympathetic to the actor who also played a role in the canceled Netflix show The Society, making it a second cancellation in a relatively short career.

Fans expressed their remorse with humor, and user INeedFreeJuice said “If I ever see this man cast in another one of my fav shows I’ll start panicking”. Fitzalan put an admirable performance, and fans would clearly have liked to see him continue to the third season.

Leah (Sarah Pidgeon) and Fatin (Sophia Ali) were a wonderful pair that shined in season 2, being both funny and adorable. Together they were a popular ship in the fandom, however, they never actually confessed their feelings for each other.

User WentworthBandit started a topic titled “You’re telling me I may never get to see how things play out with Leah and Fatin?” and said she “was so upset right now”. User thenihilisticone with the Reddit title ‘Leatin’ — referring to the ship’s name — chimed in again, saying “for this reason alone we need a renewal or I’ll simply pass away”. The Wilds had brilliant relationships that needed a season three and this would have made for two great LGBTQ+ character arcs.

Creator Sarah Streicher has been praised for the show’s development, even now still earning support with petitions for the series and multiple Reddit topics wishing to hear from her.

Related: 8 Burning Questions The Wilds Fans Have After Season 2

In a plea to Amazon, Redditor Jaded_Ad3695 reached out to the American conglomerate wishing to see it return at least once more, describing the work as “crucial for television”. The user went on to leave a hopeful message for Streicher, adding “Sarah, on the off chance that you, for some reason, come across this post, please know that we’re all in your corner.” Streicher deserves a third season. If not, she should be recognized to fund whatever her next project may be.

If there’s one metric that producers can understand, it’s fan feedback. Shows with an audience will get views, and passionate fans will watch a show to the end. The response to the heartbreaking news has been staggering.

In addition to the aforementioned petitions, a Discord group is organizing how to have their voices heard. It may not be in vain, Netflix saved Manifest, You and Arrested Development before, and that’s one of many streaming services. In a topic sharing similar examples for inspiration, Redditor chaosbayne put it best: “it just shows what the power of a fan base can do!!” If there was ever a reason for a show to continue, it’s the devoted fans that will earn it its money.

Seeing The Groups Work Together

The show seems like Lost, but is a feminist story in wake of leaving society’s patriarchal structure at the core. Gretchen’s plan isn’t feminism, however. Feminism seeks equality by dismantling structures that benefit straight white men the most, oppress women, and that cause women to fight each other, while Gretchen is trying to prove women are superior to men when left to forge a community.

Redditor hayleygom put this simply when stating their shock of learning of the show’s cancellation, saying “WHAT!! I was so excited to see the boy and girls TOGETHER trying to figure this out… ughhhh”. It’s clear by the majority of upvotes that fans were in favor of seeing the groups co-operate for phase three, where they would see how they react, have conflicts, get along, and finally show how Gretchen would have been right or wrong in her twisted hypothesis.

The Relaunch of Rob Zombie’s The Munsters Could Continue One Ingenious...

Aliens: Dark Descent must break the curse of the alien game