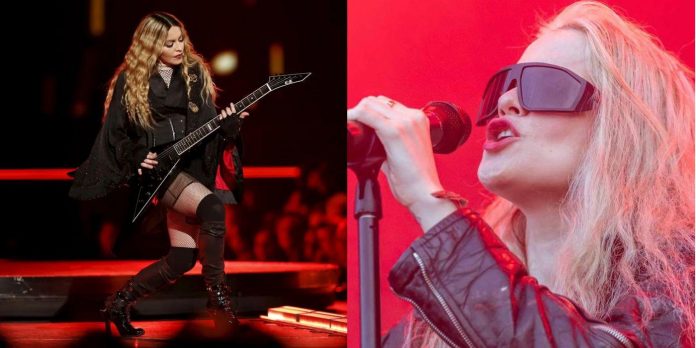 Earlier in June, Madonna finally picked the actress who will play her in her upcoming biopic. Julia Garner, the star of Netflix’s Ozark and Inventing Anna, was offered the chance to star in this new Universal Pictures production.

But many Madonna fans expressed some of their ideas of who they would have liked to play the iconic singer and those who were rumored to have auditioned for the part. And while Julia Garner deservedly earned the role, these other actresses are also strong candidates in their own rights.

The young Australian actress was recently seen in The Staircase, a miniseries that critics praised when it was released on HBO Max back in May. But she also starred in numerous movies too, including Mothering Sunday, Shirley, and Celeste.

While her dramatic performances across these productions have demonstrated her ability to work in front of the camera, what made her an ideal choice to play Madonna was her appearance on broadway. As someone like Madonna who embraces the stage, Odessa Young has starred in the off-Broadway production of Days of Rage and this variety of work could have seen her fulfill the role effectively.

Many will instantly recognize Keiran Shipka as Sabrina Spellman in Netflix’s Chilling Adventures of Sabrina. A spin-off of Riverdale and a horror reimagining of the teenage witch from Archie Comics, Shipka made the role her own before the show, unfortunately, got canceled in 2020.

But despite her other movie and television appearances over the years and the work that she has done since the end of Chilling Adventures of Sabrina, her portrayal as Sabrina not just demonstrated her abilities as an actress with the witch’s complicated arcs, but her singing ability too. Singing some of the songs featured throughout the series and performing in some music videos too, Shipka is certainly someone fans would have loved to have seen play the icon.

Since her break-out role as Hit-Girl in Kick-Ass back in 2010, Chloë Grace Moretz has starred in a wide range of movie genres that have tested her abilities as an actress. From Wednesday Addams in the animated The Addams Family movies to horrors like Shadow in the Cloud and Suspiria, everyone would have seen or heard her in multiple titles throughout the years.

And after demonstrating her ability to mimic musicians and singers like Britney Spears on The Tonight Show, it couldn’t be hard to imagine her being able to become Madonna. Much like the famed singer, she could also perform differently with each staged performance and at different important moments throughout her career.

Today, many Marvel fans will instantly recognize Florence Pugh as Yelena Belova, the sister to Natasha Romanoff and a Black Widow agent herself. But she has starred in leading roles in numerous movies, including Midsommer, Little Women, and Fighting With My Family which has also led to her best roles according to Rotten Tomatoes.

But apart from her dramatic roles and ability to transform into complicated characters, she has also demonstrated her abilities as a singer from a young age. Her old YouTube channel FP features a number of videos featuring her singing ability. Why she has not continued to create more videos or use her vocal abilities in her projects is hard to say, but she could have been an ideal Madonna.

The British actress showed off her abilities as an actress as the call girl Iris in Mayor of Kingstown on Paramount+. And while this is her only credit in television, her performance did see her land a role in AppleTV’s upcoming drama The Crowded Room.

RELATED: Main Characters From Mayor Of Kingstown Ranked By Likability

Despite only one season though, there were some fans who thought she could play as the iconic singer and performer brilliantly. Being able to express so many complicated emotional moments and expressions within each episode, her future looks bright, even if she didn’t win the big role for herself.

While her name may not be the biggest in movies and television compared to these other actresses, she is an amazing performer in her own right. Creating a series of studio albums and plays that experimented with multiple musical genres and styles, many saw her as an ideal candidate for the position.

Although she has worked in small roles in movies and television, this could have been a break-out acting role for her. With Madonna as well as other artists inspiring the young singer, she could have been able to sing Madonna’s greatest hits in the movie with the right passion and rhythm.

One of the stars of the hit drama series Euphoria, Sydney Sweeney plays Cassie Howard, a high schooler who tries to deal with her own insecurities while pleasing those around her. Despite only being 24 years old, she has shown off her dramatic flair throughout the series and is set to have a promising career ahead of her.

But while she lost out to the role of Madonna, it’s not hard to see why fans would have loved her for the part. Euphoria alone served as a great platform to show off her acting, as she helped to make some of the most iconic scenes throughout both seasons while delivering Cassie’s most memorable and best quotes. And with someone as dramatic and intense as Madonna, there is no doubt that Sweeney could have done the role justice.

Another musician that some were hoping to see fill in Madonna’s shoes, Bebe Rexha has won many awards for her hit singles like “Meant To Be,” “Call You Mine,” and “Hey Mama.” Her popularity in the music scene even saw her featured on multiple television shows, including RuPaul’s Drag Race All-Stars, The Voice, and Legendary.

Despite her impressive career in the music industry, Bebe Rexha hasn’t had a lot of acting credits, only starring in the movies UglyDolls and Queenpins. But becoming Madonna could have been a huge break-out role for her as an actress, although there is no doubt Rexha will be seen in future theatrical releases.

Another star from the hit drama series Euphoria, Alexa Demie got her breakout role in the series as Maddy Perez, a high school cheerleader who also wears her confidence proudly on her sleeves. But throughout the series, she also deals with the actions of her ex-boyfriend Nate and the dramatic outcome of their past relationship.

Much like her co-star Sydney Sweeney, Madonna could have been another big role for the young actress that would have propelled her career. The actress could have easily fulfilled the choreography that Madonna herself could have done onstage as she demonstrated in numerous pep rallies and dances that her character expressed in the series. And she doesn’t she away from the many iconic looks for Maddy in the series too, showing that she could comfortably wear the many iconic outfits from Madonna’s career.

Kathryn Newton may only be 25 years old, but each one of her roles differs from one another in the best way that shows off her talents as an actress. From the body swap murderer Millie Kessler in Freaky to plucky reporter Lucy Stevens in Detective Pikachu, she will soon join the Marvel Cinematic Universe as Cassie Lang in Ant-Man and the Wasp: Quantumania.

But she also could have made an ideal Madonna and it would be a delight for fans to see her perform in the shoes of the larger-than-life personality in such a dramatic and colorful role. She’s also already proved that she has a great singing voice in the 2018 drama Ben is Back, demonstrating just how promising her talents truly are. 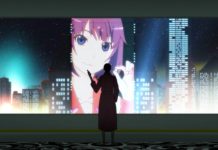 Diablo 2 returns in remaster form for PC and consoles