Home Crypto 10 Most Valuable Altcoins to Buy in 2022! Record Prices May Come! 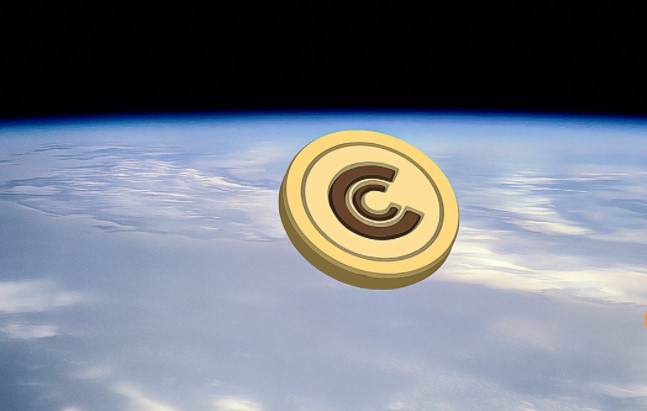 Everyone has their favorite cryptocurrencies and they look forward to their long-term goals. Popular analysts may likewise have favorite investment baskets. The analyst of Crypto Love YT channel has a similar favorites list and shared it with around 250k followers. Although his ideas are not future news, his most recommended crypto assets can be examined. Moreover, there are also altcoins that we all know well.

The first altcoin on the list is Terra (LUNA). Terra issues fiat-pegged stablecoins to power price stable global payment systems. It is not centralized and we have recently shared a detailed price analysis on our website. If you examine it, you can see that there is a serious possibility of gain, at least in the short term. It combines the Terra service with the censorship resistance of Bitcoin (BTC) and offers fast and affordable payments.

At the time of writing, LUNA continues to find buyers at $ 92.

There was no one who did not know and did not hear. Moreover, its founder, Emin Gün Sirer, is one of the Ethereum killers that was started by a Turk and achieved serious success. Avalanche (AVAX) is a layer1 blockchain that functions as a platform for decentralized applications and private blockchain networks.

It is leading among projects aiming to displace Ethereum, the most popular blockchain for smart contracts. It supports up to 6,500 transactions per second without sacrificing scalability. In short, Avalanche is fast, cost-effective and environmentally friendly. It is 11th in the ranking of the most valuable cryptocurrencies and its price is around 110 dollars.

Polygon is the first well-structured, easy-to-use platform for Ethereum scaling and infrastructure development. Its core component is the Polygon SDK, a modular, flexible framework that supports building multiple application types. So it is literally developer friendly. Maybe that’s why Acun Ilıcalı’s NFT marketplace works on the Polygon network.

We cannot say the same for Cardano. It makes the job of developers much more difficult and programmers don’t want to develop smart contracts in a difficult language like Haskell. Polygon has already surpassed that. Its price is over $2.4 at the time of writing.

Near Protocol is designed as a community-run cloud computing platform. The project is the L1 blockchain, which removes some of the limitations that plague competing blockchains, such as slow transaction speeds, low throughput, and poor interoperability. This provides the ideal environment for DApps, creating a developer and user friendly platform.

For example, NEAR uses human-readable account names, unlike the cryptographic wallet addresses common on Ethereum. NEAR also offers unique solutions to scaling problems and has its own consensus mechanism called “Doomslug”.

Sandbox is a blockchain-based virtual world that allows users to create, build, buy and sell digital assets in the form of a game. Combining the forces of DAO and NFTs, Sandbox creates a decentralized platform for a thriving gaming community.

Aragon is a decentralized platform built on the Ethereum network that offers a modular way to create and manage dApps, crypto protocols, DAO. The ANT ERC-20 token will enable its holders to manage the Aragon Network.

Users can actually create their own DAO in Aragon. The price is above $12 at the time of writing.

Presearch is a decentralized search engine with over 1.5 million users and 10 million searches per month. It offers users three unique value propositions: control over their data and privacy, getting paid to add value to the ecosystem, and decentralization of the search ecosystem.

It can be the favorite search engine for privacy-conscious and decentralized advocates. The token price is around $0.4 and is still below the $200 million market cap.

The last three are not well known and seem extra risky. Although it is a popular channel, Cyrpto Love may also be broadcasting them in exchange for advertisements. For this reason, it would be useful to cover them in less detail and to research them on their website if you are interested. We have published a lot of content on our website about what you should research before investing in a project.

MXC is a Utility token, also commonly referred to as the Internet of Things (IoT) Token. MXC is building a global data network to allow wireless devices to connect and communicate more efficiently and over longer distances than currently used WiFi and Bluetooth methods. MXProtocol and its interoperable parachain are designed to help cities, companies, and individuals profit/benefit from building an LPWAN network and using it to both transmit and manage data. At least they say that’s what they want to do. A few years ago, PundiX founders said that we would see their pos devices all over the world. The result was a huge disappointment, so don’t let the promises fool you.

Sentivate is a hybrid network of centralized and decentralized components. The stated goal of the developers is to create an alternative to the modern internet infrastructure. ICP is trying to do this too, but printing tokens alone is not enough for this. That would be a very ambitious target. Despite this, there are supporters of SNTVT and its market cap has exceeded $60 million.

The last altcoin on the list is another DAO project. MahaDAO is a decentralized, no-depreciation algorithmic asset that derives its value from a basket of unrelated assets that automatically adjusts in response to changes in the price of each asset relative to the others. It is a mixed project of copy trade and DAO, as I said again, this project also includes extra risk.