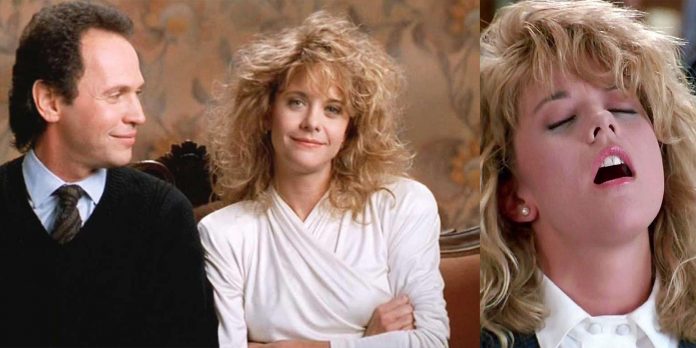 “When Harry Met Sally” has passed more than three decades, but it continues to be that rare romantic comedy that has stood the test of time. The story of two opposites — the cynical Harry Burns and the carefree Sally Albright — and how they find their way to each other is timeless and still popular with people all over the world.

Often hailed as the best romcom of all time, when Harry met Sally, it has many timeless elements, such as the chemistry and relationship between the two main characters, as well as Nora Ephron’s script. The appeal of this New York film remains unchanged, and it will probably enjoy great success in another thirty years.

The chemistry between Billy Crystal and Meg Ryan

The cutest characters in “When Harry Met Sally” were the main couple, and that’s because Billy Crystal and Meg Ryan played them to perfection. The chemistry between them was palpable from the first scenes in the car when Sally drove him back to New York, and over the years she became more and more attractive.

Without the compatibility of the leading couple, the film would have failed. Crystal and Ryan played their roles perfectly, really revealing the “opposites attract” formula between the two of them.

The story of Harry and Sally is beautiful in itself, but the interviews of older married couples added proper warmth and comfort to the film. The audience had to hear charming mini-stories about how these couples met, and enjoy their happy ending before the final, grandiose one.

These tie-ins are also an incredibly well-accepted type of storytelling, often found in popular shows like “The Office” and “Modern Family.” This adds a new dimension and greater depth to the narrative.

Slow romance has always been in vogue, and it doesn’t get any slower than the 12 years and 2 months it took Harry and Sally to get together. The audience liked to watch how they passionately hate each other, then accept each other, become true friends, and then boil over with an unspoken desire for each other.

There are countless films about friends who became a couple, but “When Harry Met Sally” correctly captured the distinctive features that both of them had. They loved each other, but were not afraid to be real with each other, they did not agree, but found a common language and accepted each other for who they are.

Ever since the movie “When Harry Met Sally” was created in 1989, there has been some fantastic fashion in it. The film was ahead of its time in terms of clothing: many of Sally’s casual outfits were androgynous and unisex. Her pantsuits with butterflies were especially good, and anyone could wear them.

Even her high-waisted jeans and sweatshirt have stood the test of time, because these are ensembles that people wear in 2022. Sally’s wardrobe was worth stealing.

The best element of the film is that it doesn’t come up with unrealistic obstacles, such as distance or the marriage of half of the couple to someone else, or infidelity. It’s incredibly human and realistic, because the things that prevent Harry and Sally from getting together are fear of vulnerability, lack of trust, immaturity and selfishness.

Emotions form the basis of a relationship, and the reason why a couple can’t get together sooner is that all these mundane, everyday feelings, and not artificial obstacles.

The most memorable parts of the film are certain scenes and dialogues, because they are the gold of comedy from the 80s to the present day. Think of the scene in the diner where Sally simulates an orgasm with her classic climax, a four-way conversation between the main character and their friends, and an Eastern European accent in the Subway.

The sense of humor in the film is ageless, and sharp dialogues are still repeated when fans talk about the film. The film turned the comedy into a romantic comedy.

If there is a movie that people will review to calm down, then this is Nora Ephron’s masterpiece. Funny and romantic in moderation – the movie “When Harry met Sally .

Full of carefree moments, witty banter, breathtaking romance and mysterious main characters, it has everything that the viewer wants to see in a movie on a cold night or after a day on the beach.

“When Harry Met Sally” remains eternal because of how close the bond between Burns and Albright is. Anyone who has been in a relationship will recognize the emotions that these two experienced, whether it was the initial hatred for each other or the later inability to start a relationship due to fear.

This novel will last another 30 years, because it depicts the complexities of human nature and how sometimes people themselves complicate a simple connection.

YouTube launches a new parental control in its main app