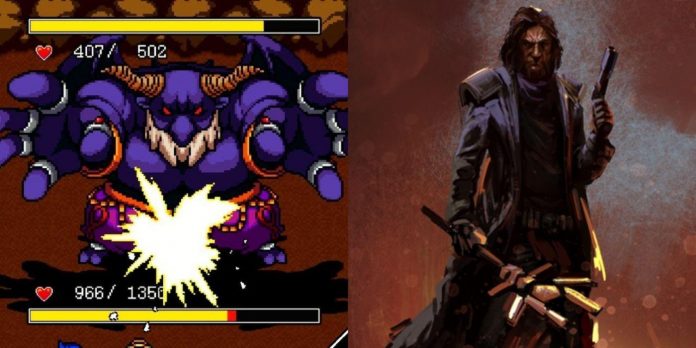 RPGs like Elden Ring and Genshin Impact are a great way for gamers to sync hours and hours of gameplay into a virtual world. By taking on the role of various, often customizable characters, they open the door to realms of fantasy, sci-fi, and all manner of other universes. Since the genre is so variable, many players can be swamped and overwhelmed with the number of titles to choose from.

That all being said, there are several modern incarnations in the genre that live up to the term “modern classic.” Although these games have a fresh coat of paint and maybe some contemporary visuals, they rely on tried and true gameplay recognizable to those veteran players who have raided a dungeon or two in their time.

The remastered version of Diablo II isn’t just a remake, it’s a comeback. It revitalizes the dungeon crawler that helped define the ARPG genre and gives it newer graphics, updated gameplay, and console versatility without sacrificing what made the game iconic in the first place.

The remake brings back the dark and foreboding atmosphere of Sanctuary, the traditional Diablo classes, and even the inventory management not seen in the third game. It brings in new blood without shedding any of the old, thus retaining its classic style and making it a must-own for new and old dungeon-dwellers alike.

The Torchlight games can best be described as Diablo for beginners, but don’t be deceived by the bright and colorful aesthetic of a more user-friendly fantasy. Despite its change of themes, location, aesthetic, and character class system, the game retains several mechanics first originated in games like Diablo. Simply put, if gamers can play one, then they can play the other.

RELATED: 10 Overlooked RPGs That Deserve More Recognition, According To Ranker

Dungeons, demons, and loot is the order of the day. Much like the previously mentioned series, the Torchlight games have players creating their own fantasy characters and diving headfirst into ruins, graveyards, dark forests, and other such settings in pursuit of glory. In the end, that’s a formula that seems to please more and more players.

Path of Exile is a game that defines the phrase “back to basics.” This free-to-play dungeon crawler could easily be considered a Diablo for the modern era, as it evokes several themes and mechanics seen in the original two games. The main new addition to the formula is the introduction of an MMO flavor.

Aside from that, it could be very easy to confuse this game with Blizzard’s flagship dungeon-crawler. Fans of the original series looking for that dark and gruesome delve into the underworld won’t be disappointed.

Although the dedicated fanbase has not yet seen a remake of Final Fantasy Tactics, Triangle Strategy might just scratch that itch and fill that void. To say that the game is a slow burn is an understatement, but fans of classic tactical RPGs won’t be disappointed with the combat mechanics.

Although the game story might be somewhat dry and mainly appeal to those who have read their share of George R.R. Martin, there’s something unique and humanly realistic about the warring factions and desire for control in the game’s fantasy narrative. That being said, the main cast isn’t exactly Cloud Strife or Marth material.

If gamers aren’t exactly experienced with tactical strategy games, there’s no better place to dip their toe in the water than with Wargroove.  The game has been considered by many players a brilliant combination of Fire Emblem and Advance Wars, and that wouldn’t be an unfair comparison, as it takes enough elements from both.

RELATED: 10 Comforting RPGs That Are More About The Journey

Players will command their own army of 16-bit soldiers, mages, and even dragons across a grid-style map to defeat their opposing general. Although it’s a tad more advanced than the average game of chess, the title is chock-full of character and an eccentric flavor to keep the replay value high.

Death’s Gambit: Afterlife is a very special case in terms of traditional gameplay. It pulls much of its visuals and Metroidvania mechanics from titles like Symphony of the Night, and its difficulty and grim fantasy themes clearly evoke thoughts of Dark Souls. However, this mesh of influences comes together to form a deep, dark, and distinct RPG experience.

There’s something very Castlevania about this game, especially in the immense size of the maps, but its stamina-based combat system will throw a strange-yet-familiar curve at those players expecting a straightforward action game. Variety is indeed the spice of life.

At first glance, Project Warlock might seem like it takes more from games like Doom and Heretic than anything in the RPG spectrum. However, its attention to fantasy, weapons, and level progression is what earns it a mention. While it might look like a classic FPS of the ’90s, there’s a simple-yet-effective roleplaying element thrown into the mix as well.

Like with any good Doom-clone, gunplay and shooting are the game’s bread and butter. However, magic spells and weaponry have their place as well. The hybrid of contrasting elements makes the game such a joy to play, especially if players like to multiclass.

Dozens of modern JRPGs want to emulate that same story-heavy feel of the ’90s seen in titles like Chrono Trigger, but I Am Setsuna is one that perhaps comes the closest. Similar to the games it tries to recreate, it’s a straightforward turn-based RPG with an emotional story arc driven by its characters, namely Setsuna herself.

RELATED: 10 Best PC RPGs Available On Steam, According To Ranker

This isn’t a game players will pick up for its action or gratuitous spectacle, but rather its narrative, as the titular heroine is forced to sacrifice herself to prevent the destruction of her world. It’s one of those games that are simply deceptively dark.

Archlion Saga is JRPG 101, acting as an introductory course to all things associated with the genre. Taking obvious notes from Final Fantasy, Dragon Quest, and even a sprinkling of Phantasy Star, the game covers all the bases when it comes to the style in an easy-to-play fantasy adventure.

Players will jump through several hoops seen across different entries in the genre, but not in a hamfisted sense by any means. It’s a turn-based game for those unacquainted with the medium, and its solace is in its simplicity.

Dragon Quest XI should be considered a classic of modern gaming, period. It takes everything that made the iconic franchise memorable and wonderful and packages it all into one colorful fantasy. Not only that, but it gives players the option to play the game as it might have been played on an SNES with its classic mode.

This is a game that not only revitalizes the mechanics of the past but integrates them with the visuals and practices of modern JRPGs. With the saga of the Luminary providing a splash of modern high fantasy with comfortable and traditional gameplay, it’s a game that creates the best of both worlds.

Deathloop, A Game Made With PS5 In Mind

The Multiverse has created the Best MCU spoiler barrier