Home Entertainment 10 mistakes that Everyone makes when playing Diablo Immortal 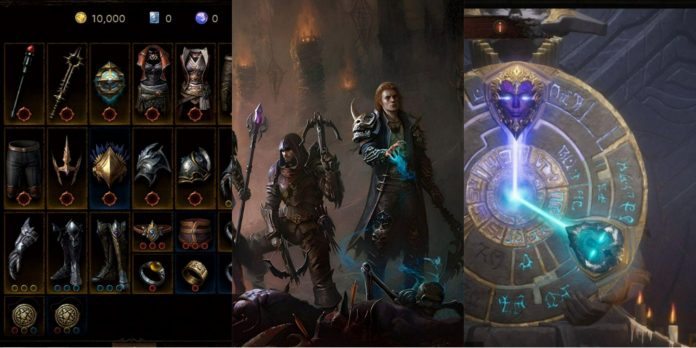 The rapid extermination of demons based on loot is the essence of the game in Diablo Immortal. The game is filled with more depth than a typical role-playing game, but it is easy to lose sight of it in the midst of explosions, hellfire and hail of arrows. Whether it’s grinding with your squad in the rift or going through the main story alone, there is something to do here.

There’s so much going on in Diablo Immortal that it’s easy to make a mistake. Some of them are minor inconveniences that make the game a little more difficult than it should be. Others are serious problems that can disrupt the entire run. There is nothing wrong with grabbing a powerful axe and rushing into the depths, but even the most reckless adventurers will live longer and get more by avoiding these basic mistakes.

Diablo Immortal showers the player with loot, dropping new weapons, armor, gems and other equipment throughout the battlefield. With each monster killed and the chest opened, the pile of treasures only grows. It’s easy to overlook a powerful new weapon on the ground while someone is busy running, fighting, exploring and making their way to the maximum level.

There is a simple solution: turn on auto-assembly. This feature causes the character to automatically collect nearby items, reducing micromanagement and ensuring that nothing is missed. The player can even set up an auto-fence to take only items of a certain rarity if he is worried about inflating the inventory.

At the beginning of the game, it’s easy to wade through battalions of skeleton soldiers, spiders, werewolves, demons and other creatures with only superficial injuries that can be shown in battle. However, as the player progresses, complex mobs and bosses will quickly deal with careless players who do not care about their health.

The most important aspect of health management is knowing how and when to treat. Three health potions are available to the player. In addition to these, there are red health spheres that drop out when the player kills enemies or deals damage to bosses. While health potions work with cooldown, health spheres can be absorbed one after another, closing large wounds and allowing the player to survive the most destructive onslaught of the enemy.

8 Inability to experiment with skills

Each class has a variety of skills that unlock new ones and increase the strength of old ones as they level up. Some of them are simple, just dealing a basic amount of damage, while others require tactical decisions, such as the Necromancer’s Bone Wall, which allows the player to create an emergency barrier to contain the devastating hordes while the player is being treated or moved to a safer place. advantageous position.

Learning the most effective way to use skills is key, but equally important is learning which combinations of skills work well together. Chain reactions, last-second escapes and devastating kills are possible if the player finds time to experiment.

7 Don’t play with others

Diablo Immortal is not only a role—playing game, but also an MMO. Almost everywhere they go, players will encounter others, whether it’s upgrading items from a blacksmith, shopping, collecting rewards, or fighting monsters in the wild. Most of the game can be played alone, completing the main mission and diving into the dungeons.

However, some content is better with others or even requires others. The advantages are obvious. An adventure together with representatives of other classes means that you can compensate for your weaknesses. Melee fighters get help from the rear, while ranged characters and spellcasters get a tank in front to take the brunt of the damage. Having a partner or three on hand to help with missions and resurrect the player if things go wrong is priceless.

A restockable supply of rewards is available on the reward board in the safe zone. These are, for the most part, simple missions: go somewhere to kill a certain amount of a certain monster, maybe collect their hide or needles while the player is doing it.

5 Walking instead of teleporting

The Diablo Immortal map is deceptively large and includes many different nodal areas, biomes and dungeons. At first, the player is forced to walk everywhere, but he quickly unlocks the ability to teleport between different waypoints, gaining access to more and more places as he explores new areas.