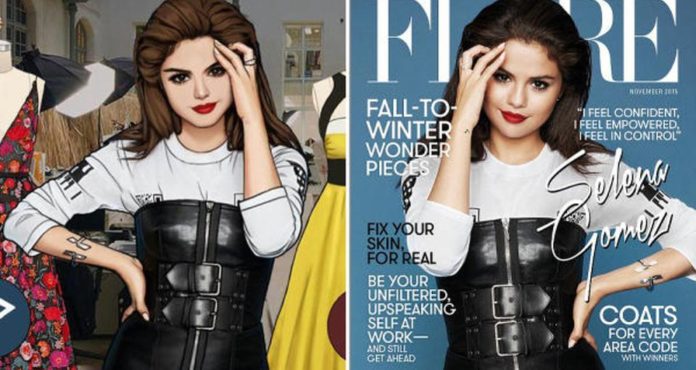 Selena Gomez filed a $ 10 million suit for companies using her photo in a fashion and clothing themed mobile game. Gomez argued that his photo was used without permission and money was earned on it.

Game developers can sometimes go beyond inspiration in their games and use their photos without permission. Famous actress and singer Selena Gomez filed a $ 10 million lawsuit against companies using her photo in a mobile game called Clothes Forever-Styling Game.

Gomez, as well as Guangzhou Feidong Software Technology Co. he also sued the British company MutantBox Interactive Limited for using his photos without permission. Gomez argues that she does not allow her photo to be used in the game and that a photo used on the cover of Flare magazine is included in the game.

Unauthorized photo of Selena Gomez on Clothes Forever
“Gomez, if asked, would not allow her photo to be used in a game this way. Apparently, the game is based on an unpleasant application that encourages users to make in-game purchases. In order to finance and unlock features, the game is apparent.” $ 99.99 can be purchased. ” statements are included.

Clothes Forever – Styling Game, a fashion and clothing oriented game, earns money on in-game purchases like most mobile games. The game sells diamonds that cost between $ 1 and $ 99 to allow users to purchase different designs.

Before Selena Gomez, stars like Lindsay Lohan, Taylor Swift, and Kim Kardashian have also been involved in gaming companies for allegedly using their photos without permission.

Emily Ratajkowski in the Maldives: her bike ride in a bikini!