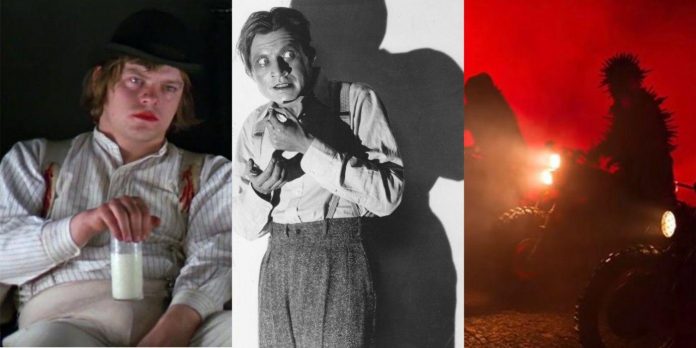 With such notable examples as Ethan Hawke’s Grabber in The Black Phone, released June 24th of 2022, horror villains have gotten more complex and realistically terrifying since the days of Dracula and Frankenstein. Many rely on their intimidation, their muscle, or supernatural powers to strike fear in the hearts of their victims, but then there are those who choose not to work alone.

Whether they have a hired hand as the muscular enforcer or travel with a group of followers, some of cinema’s scariest villains rely on lackies or henchmen to assist in their evil acts. It might be one, it might be a dozen, but many hands make a light workload.

With a fiendish cackle and an appetite for rats, Renfield acts as Count Dracula’s maniacal minion in the original 1931 production. After his encounter with the vampire at his castle in Transylvania, he becomes hypnotized and driven to insanity in the process of bringing his master across the ocean to England.

Dwight Frye’s portrayal of Renfield set the bar for other evil assistants to come, and he has even been set to star in his own solo movie featuring Nicolas Cage. He might not have as much power as his master, but he’s still an unforgettable presence in the production.

Renfield might’ve originated the archetype, but Fritz defined it. In many versions of the Frankenstein story, Dr. Frankenstein is typically accompanied by a hunchback lab assistant that helps him rob graves and put together the monster. Although the name “Igor” is the one that first comes to mind, it was actually Fritz that created the trope.

RELATED: 10 Best Horror Movies About Monsters, According To Reddit

Once more, Dwight Frye’s portrayal of a simpering lackey is the gold standard. Bringing over similar energy from Renfield, Fritz is a ghoulish little creep acting on the whims of his master. Unlike his predecessor, however, he has a bit more of a mischievous streak about him, as he enjoys taunting and tormenting the creature kept in the vaults of the castle.

Hammer’s Horror studios reimagined Universal’s Monsters for new movies in the ’50s, and one of their first was The Mummy. However, Hammer deviated from the formula set by Universal by replacing Imhotep with Kharis, a high priest cursed to protect the tomb of an ancient princess.

Boris Karloff might have originated the role, but Christopher Lee made it a monster. In this adaptation, the mummy is merely a muscular puppet for a vengeful Egyptian, obeying his commands. Unlike his predecessor, Kharis was built like Jason Voorhees and took far more lives than the elegant Imhotep.

A common theme seen in many Stephen King productions is that humans are the real monsters. Case in point, the disturbed bully Henry Bowers, who is far more violent and unpredictable than any other schoolyard tormentor. Although he’s tossed down a well in the first chapter, the sequel sees Pennywise free him from a psych ward and sets him on the path to revenge against the Losers Club.

Stephen King often paints bullies as unforgivable, unredeemable, and unlikable forces of malice in many of his works, and no one fits that description better than Henry. From carving his name on Ben’s stomach to carving up his own father under It’s influence, he’s far more dangerous than the greasers seen in the TV miniseries.

Muscle-bound minions will never go out of style. Though there are many in the industry that fit that description, Tiny Firefly from Rob Zombie’s House of 1000 Corpses is one of the largest and most visually distinctive. Otis, Baby, and Captain Spaulding might be the faces and masterminds of the franchise, even if they need a massive helping hand once in a while.

Although Dr. Satan’s hatchet-swinging sidekick, The Professor, is a much more violent presence in the movie, Tiny returned for the sequel where he had a more active role in the plot of the sadistic Firefly family. A gentle giant he might be, but he still fights on their side in the end.

The Cenobites might be the poster monsters of Clive Barker’s masterpiece, but the humans are the true sadists in this film. Although Pinhead was originally a feminine character, the true leading lady of Hellraiser wound up being Julia Cotton. Julia is a textbook case of the wicked-stepmother archetype, and it certainly doesn’t help that she lures men to be murdered and skinned by her undead lover.

Being an evil accomplice doesn’t have to be a boys’ game, and Julia certainly steps up to the plate as one of the most dangerous in the business. If that wasn’t enough, she also joined Pinhead in the sequel and served as one of the primary antagonists in Hellbound: Hellraiser II.

The Droogs (A Clockwork Orange)

Pete, Georgie, and Dim might not sound like the names of anyone particularly threatening, but Alex’s ensemble of Droogs are some of horror’s most recognizable gangs. Not only are they the physical enforcers who accompany their leader on the streets of a dystopian city in England, but they are capable of unspeakable crimes when they’re in the mood for “a bit of the old Ultraviolence.”

When they’re not guzzling down Moloko, they’re committing acts of vandalism, robbery, physical abuse, and murder without even batting an eye. It certainly doesn’t take them very long to turn on their leader and leave him on the hook for their acts of debauchery.

Jeremiah Sand and his Cult of the New Dawn might be the main antagonists of Mandy, but an LSD-addicted cult is small potatoes compared to a demonic biker gang summoned by human sacrifice and hardcore hallucinogenics. Constantly shrouded in darkness and garish visual effects. the Black Skulls are like a twisted combination of a Clive Barker movie and an Iron Maiden album cover.

The Black Skulls are a twisted combination of the Cenobites and the Droogs, capable of supernatural devastation as well as physical cruelty. Even put up against Nicolas Cage with a black-metal battle ax, this group of lethal leather-clad demons proves to be a difficult force to reckon with.

Pronounced “Eye-Gore,” Marty Feldman’s comedic take on the hunchbacked lab assistant is arguably one of the best versions of the archetype, possibly because his performance relies on playing with so many stereotypes associated with the character. Either way, there are few horror sidekicks more loyal and sincere than this wild-eyed minion.

Fritz and Renfield might have created the archetype, but Igor made it iconic. With several memorable gags and bits like the “Abby-Normal” line in Young Frankenstein, he’s proven to be much more verbose and charming than his predecessors from the ’30s.

It might come as a surprise to some, but Leatherface, one of the titans of terror in the slasher movie industry, isn’t actually the sinister mastermind of his film series. In fact, he’s only been the primary antagonist on maybe three occasions. The true villains of the Texas Chainsaw Massacre series are his cannibalistic family, and he’s just the muscle.

At the end of the day, Leatherface is but a pawn for the Sawyers/Hewitts who want to turn their victims into barbecue. The original version even went as far as to portray him as emotionally disturbed at his actions, inferring that he is only acting at the behest of his brothers. That still didn’t stop him from becoming the face of the franchise though.

Bandai Namco sent her a solo sword in recognition of their...