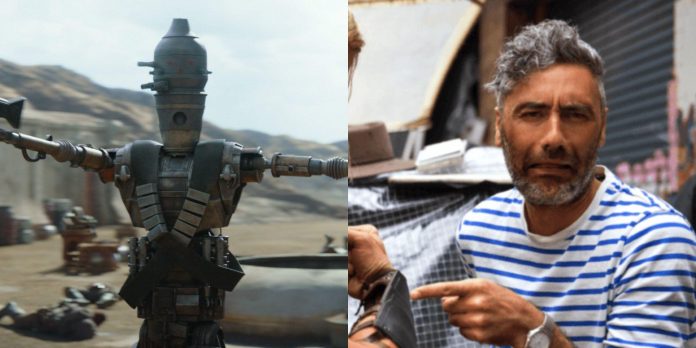 The upcoming and long-awaited film “Thor: Love and Thunder” marks the return of Taika Waititi to the director’s chair, which has already paid dividends. He came and turned the franchise around, which is interesting considering his experience in comedy projects, not in the field of action.

Louis Leterrier – The Dark Crystal: The Age of Resistance

Many people may not even remember that Louis Leterrier made a movie in the MCU, since he came out back in 2008 with The Incredible Hulk, which at the moment hardly seems canon. Since then, the French director has mainly focused on films and is going to head Fast X in 2023.

Nevertheless, he has plunged into the world of television, and the most notable time will come in 2019. It was then that he directed every episode of the Netflix series Dark Crystal: Age of Resistance, of which he is also an executive producer. Although the series was canceled after one season, reviews of the series were positive. Leterrier also directed episodes of Lupin.

When John Watts was announced as the director of Spider-Man: Homecoming, no one knew what to expect because he had only directed two independent films before. His television credits at the time also saw him behind the camera only in episodes of the Onion News Network parody series.

It worked well, as his trilogy of Spider-Man films became a hit both critically and commercially. He has retired from directing the upcoming Fantastic Four movie, but will return to television, first for the pilot episode of the new FX show The Old Man, and then in 2023 for Star Wars: Skeleton Crew.

Sam Raimi’s name is synonymous with the Sinister Dead franchise. He directed all the films of the series until the 2013 remake and played a crucial role in the development of the TV show “Ash vs the Sinister Dead”. Interestingly, Raimi wrote the script and directed the first episode of this series.

While it’s well known, it’s probably less known that he directed two episodes of Rake, a short-lived show starring Greg Kinnear in the 2013-2014 season. As a comedy-drama show, it wasn’t in Raimi’s wheelhouse, but he coped. He also directed episodes of Quibi’s original film 50 States of Fear. Raimi joined the MCU with “Doctor Strange in the multiverse of Madness”.

Kate Shortland is another of those directors that KVM found thanks to their work on impressive character—based dramas with a smaller budget. In her 2017 film Berlin Syndrome she achieved excellent results from the cast, which was transferred when she directed Black Widow.

After several short films to launch her career, Shortland moved into television, working on episodes of “The Secret Life of Us” and “Bad Cop, Bad Cop”. She became a key figure in the well-received Showtime series SMILF, filming four of the show’s final six episodes in its second season.

Like Sam Raimi, Taika Waititi works hand-in-hand with the franchise he helped create, What We Do In the Shadows. In the hilarious FX comedy series based on the film Waititi, starring and co-directed by him, he also directed three episodes.

Waititi has many television credits on his account, including “Flight of the Concords”, “Intermediaries”, “Our Flag means Death” and others. Of course, the work of the director of “Thor: Ragnarok” on “Mandalorian” is one of his most impressive, since Waititi was behind the finale of the first season, which is one of the best episodes of the show.

Peyton Reed almost didn’t even direct the MCU, as he took over the production of Ant-Man only after Edgar Wright left the film. Despite this, Reed remained, directing the sequel and the upcoming film “Ant-Man and the Wasteland: Quantomania”.

Reed has devoted most of his career to working in comedies, in films such as “Succeed” and “Yes, Dude.” His work on the latter may have helped him take the director’s place in “The New Girl” thanks to his connection with Zooey Deschanel. There he starred in three episodes, including the hilarious “Bells”, and has since starred in two episodes of “Mandalorian”.

The man who started it all in the MCU, Jon Favreau shot both “Iron Man” and “Iron Man 2.” Although he did not star in the third part, Favreau remained in the franchise with his recurring role as the beloved Happy Hogan.

Favreau continued to make blockbusters such as remakes of The Jungle Book and The Lion King, but he also moved to small screens several times.