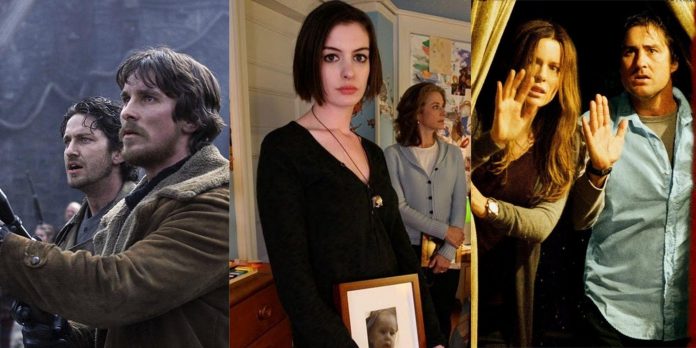 For the most part, Hulu has been making a splash with its original TV shows since its launch, but it also boasts an impressive back catalogue of movies. While Hulu isn’t as famous for movies as Netflix or even Amazon Prime, it does have some great hidden gems.

Their content spans several decades, but the material from the 2000s is worth a deep dive. While these films most likely don’t pop up when you first check out the platform, they include Oscar nominees, forgotten sequels, and include unnoticed performances by some of the most talented and famous actors of that era.

In the case of the horror genre, less often means more. The fear of the unknown is usually much more frightening than anything that actually appears on the screen. It’s because of this concept that Vacancy works so well, as most of the scary stuff is created by things like sound effects.

The premise is simple as it sees a struggling married couple get stuck in a motel where they become unwitting victims in a snuff film. Their struggle for survival is exciting, and the performances of Luke Wilson and Kate Beckinsale are some of their best works.

In the early 2000s, it was hard to think of a Major League Baseball team more worthy of becoming a movie hero than the Boston Red Sox. The franchise has not won championships since 1918, and the legendary “Curse of the Bambino” seemed to be perfect for a story on the big screen.

The 2005 Fever Pitch showed this as it focused on an avid baseball fan (Jimmy Fallon) who combines his admiration for the Red Sox with his love for a new romantic crush (Drew Barrymore). Interestingly, the Red Sox actually won the World Series during filming, and this delightful romantic comedy changed its ending to match this real-life event.

Actors such as Carey Mulligan, Emma Thompson, Peter Sarsgaard, Rosamund Pike and Alfred Molina are among the strongest performers in Hollywood, but their names are not blockbusters. That’s probably why so many people didn’t pay attention to “Education.”

The little-known drama about growing up is based on the memoirs of a British journalist and has received wide recognition. It tells the story of how the main character changed her life because of a fraudster she fell in love with. Despite being nominated for Best Film, too many people haven’t seen this modern classic yet.

Whenever people think of Chris Evans playing a superhero before his iconic role as Captain America in the MCU, they tend to think of his time as Johnny Storm in the Fantastic Four movies. However, he also had a less popular move in Push.

This original superhero movie is about a rebellious group of people with abilities who unite to prevent a government agency from creating a super soldier. Evans plays the lead role, joined by Dakota Fanning, Djimon Hounsou, Ming-Na Wen and many others in this underrated film. If you’ve never seen it, it’s time to watch it.

Almost everything starring Joaquin Phoenix these days is bound to have a great performance from “She” to “You’ve Never Been Here” and his Oscar-winning work in “The Joker.” Looking back a little, you will be transported to “We own the night”, where the work of the Phoenix went unnoticed.

Despite some mixed reviews and low box office receipts, We Own the Night has many advantages. The story of a nightclub manager trying to protect his brother from the mafia is one thing, but the cast of Mark Wahlberg and Eva Mendes, along with Phoenix, makes it see.

Many people consider the 2017 film Jumanji: Welcome to the Jungle to be the first true sequel to the 1995 film starring Robin Williams. Although this is true in name, in fact there was a sequel to 2005, which many did not even suspect that it was connected with the beloved original.

Zatura is based on the book of the same name and is a spin-off of the franchise Jumanji. The premise is similar, as the board game takes the family into outer space for an adventure, and the people behind the movie really stand out. Kristen Stewart and Josh Hutcherson are part of the cast, with Jon Favreau directing it.

One of the first films showing Kirsten Dunst and leading to her breakthrough in the future was the aforementioned Jumanji. After becoming a star, she got the main roles, and it can be said that her greatest work was the role of the main character in Marie Antoinette.

The film, which tells the story of Marie Antoinette’s life in the years before the French Revolution, became a hit at the Cannes Film Festival. The incredibly talented Sofia Coppola wrote and directed the picture, which won the Academy Award for Costume design.

Hiro Fiennes-Tiffin teases and amazes with her experience as a female...

What does ARMY mean to Jimin?