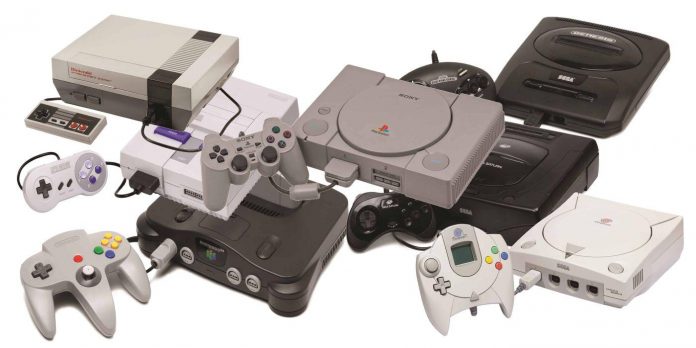 Innovation and creativity come around now and then when a new console drops. Time after time, gamers see the console makers’ claims of changing the game or how the user experience will be enhanced by the latest addition or change to the new machine. Often, this turns out to be true. Just look at innovations like online gaming or analogue sticks on controllers. These things are commonplace nowadays, and today’s gamers may not know how players coped without them generations before.

Certain developments in a new console’s arsenal of features are timeless and stay for decades. Other new ideas, however, don’t quite have the same lifespan. These console features may have been clever, but they weren’t utilized and didn’t stick around.

The Nintendo 64 was an incredible machine in many ways. It broke new ground for the platform game landscape with the release of Super Mario 64 and had a catalog of classic titles such as The Legend of Zelda Ocarina Of Time and GoldenEye 007. It would be easy to spout off numerous legendary titles with great-looking 64-bit graphics. However, the secret to this was the Expansion Pak.

The successor to the original PlayStation, the PS2 is one of the greatest catalogs of games in all console history. The PlayStation 2 brought more than just a cheap DVD player to households.

When players think of online gaming today, it seems like it has been here forever, but this is not the case. In 2002, PlayStation released a network adapter add-on for their second console that never got utilized to its fullest in the West. With the mainstream adoption of online console gaming being a generation away, the network adapter went under-appreciated, as most players still used couch co-op for multiplayer titles.

The SEGA Dreamcast was the last console SEGA released before ducking out to become software developers. Ahead of its time, the Dreamcast gave a real look at consoles of the future. Online gaming, downloadable content and a bunch of perfect arcade ports to boot. The coolest thing, however, was the VMU, or Virtual Memory System.

RELATED: Why Sonic Adventure 3 Should Not Happen Yet

This little device was so much more than a standard memory card. Each VMU had a screen showing info about the game being played in real-time. It promised to allow players to take parts of their game on the go. This was a cool feature in games like Sonic Adventure with the Tamagotchi-like Chao, but sadly overlooked in most other titles.

With the release of Sony’s third console generation came a brand-new controller. The Sixaxis, launching with the system in 2006, was the official controller until 2008, when it was replaced with the DualShock 3. The Sixaxis used motion control technology that could be implemented as a gameplay mechanic.

Speculation at the time was that Sony had implemented the feature as a direct response to Nintendo’s recently announced Wii console. Motion control was huge for Nintendo, but sadly, PlayStation didn’t quite know how to use it effectively at the time. The Sixaxis wasn’t used in any meaningful way for the lifespan of the console.

Nintendo is the unquestionable king of the handheld console market. From the Game and Watch onwards, Nintendo found its groove consistently by making well-received handheld devices. Perhaps one of the most famous aside from the GameBoy was the DS.

Short for Dual Screen, the DS was a mega-hit. With great graphics, fantastic games, and unique features, Nintendo had a winner. The later models may have had a camera implemented, but they all had a built-in microphone. This feature was used to great effect in some Zelda titles for the DS, but not much else. If only Nintendo had properly figured out online gaming, the microphone could have been revolutionary for its time.

Xbox had a rocky time with the Xbox One, from its misjudged messages about game sharing at the reveal to the decision to focus heavily on the TV functions of the device. One feature that is now being used widely in mobile devices is Snap.

Xbox Snap allowed gamers to have multiple apps open at the same time, meaning users could have Netflix open as they browsed the web or have their Twitch chat open as they played games in the other window. Poor implementation and low usage canned this great feature, which was sadly in the wrong place at the wrong time.

Sony has done wonders in the console world. They’ve gone from humble beginnings as a Nintendo add-on console, to one of the console kings. Along the way, they have dabbled in the handheld market and produced some excellent consoles.

The PlayStation Vita was the successor to the PlayStation Portable. It looked phenomenal, with console-like graphics, twin analogue sticks and even a touch screen. On the back side of the machine, there were even more touch features. Almost the entire back of each unit was a touchpad that had huge unused potential for innovation, as shown in the fantastic Tearaway by Media Molecule, but sadly not much else.

In 1998, Nintendo released the Gameboy Color console as part of its Gameboy range. The company had seen a huge boost in sales numbers, thanks to a certain pocket monster collecting game, and decided a new version was warranted.

The Gameboy Color was very well received and sold well, it also had a neat little trick up its sleeve. The IR receiver on top could be used to transmit information via infrared. This was used to wonderful effect in Mission Impossible, where the Gameboy could act as a TV remote! More of these neat uses would have been well received.

The Wii U was Nintendo’s half-step towards the incredibly well-selling Nintendo Switch. A short life cycle for an often overlooked console was sad to see. The Wii U was poorly named and mistaken as yet another accessory for its better-received ancestor, and yet had much promise.

If it wasn’t for the Wii U, gamers would have never gotten the Switch, but the Wii U had one thing the Switch does not: a camera. The gamepad houses a camera that could be used to video call other Wii U users. Had Nintendo been wise to online and streaming, the camera could have been a must-have for future devices.

The most recent entry on this list, the Switch has been a success for Nintendo and fans of handheld gaming. Its dual nature as a home console when docked and a take-anywhere portable device has pleased gamers since launch.

That’s not to say it hasn’t already got an underutilized feature. The joy-cons contain a feature called HD Rumble, which is incredible for immersion when used correctly. However, the only in-game instance this was used to its fullest was in 1-2-Switch, a game Nintendo wasn’t confident in releasing a sequel for. That said, there is still time for them to properly use this feature to its full potential.

Preview of The Jack box Party Starter: Updated Entertainment for Everyone