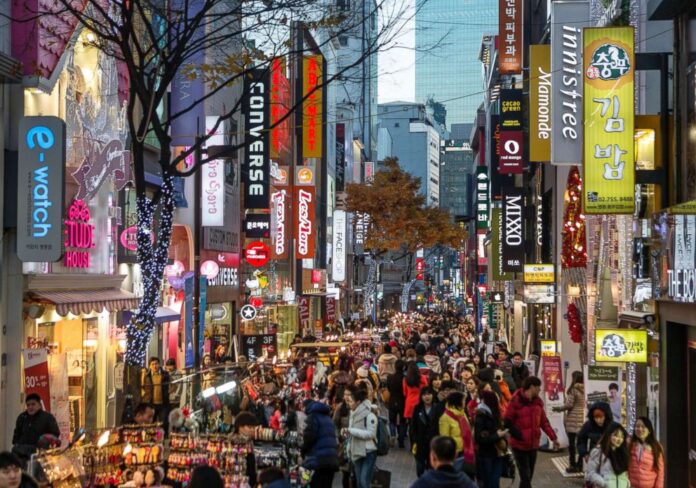 South Korea is famous for its technology, but many people have been interested in the country due to K-pop and K-dramas. If you ever want to visit Korea or want to know more about its culture, we have prepared for you a list of curious facts that you may not know.

In that country there are many customs that are super different from America or Europe, there are things that are almost sacred and you must respect them, there are also things that are done differently to which almost everyone applies. There is also a lot of respect for people, the way that love relationships are carried out and much more. Meet 10 fun facts about South Korea.

Newspapers
Koreans have a strong inclination to be informed and read the news, so there are 63 different newspaper impressions in the country.

fruit
Unlike Mexico or other countries where you find fruit at a good price, even being part of the daily diet of some people, in Korea this food is very expensive, it is considered a luxury to buy it.

Homophobia and displays of affection
The country also has a bad side, despite the fact that K-pop has become famous and is a country with great technology, has deeply rooted customs, are considered macho and not very tolerant of homosexuality, the samples of darling in public.

Obeisances
You should always greet a person with a reverence, it goes from lower to higher grade, a nod is enough, but if it is someone older than you or important, you must bow down to almost 90 degrees to show your respect.

Festivities
Unlike the rest of the world, February 14 is for women only, March 14 is for men, and April 14 is practically for singles.

Fathers day is celebrated on May 8 and is dedicated to moms and dads, they only celebrate one day a year.

Age
When a baby is born, it is already considered a person with 1 year of life, for example, every birthday you add one more, that is, if you are 18 in your country, in South Korea you would be 19.

100 days love, couple clothes
There are no merversaries, but anniversary days, when you celebrate 100 days with your partner, around 3 months, you can celebrate it with a dinner. You can also combine clothes or accessories to show that you are dating that boy.

Names
You should never start your name as “Ariana Grande”, it is always written with the last name first: “Grande, Ariana”. You cannot use red ink either, as it is considered unlucky or a symbol of death.

Soju
It is the most famous drink in South Korea and one of the best sold worldwide. You can never refuse a glass if someone offers you, as it is considered disrespectful.