Home Entertainment 10 films that have earned the Palme d’Or of Cannes, according to... 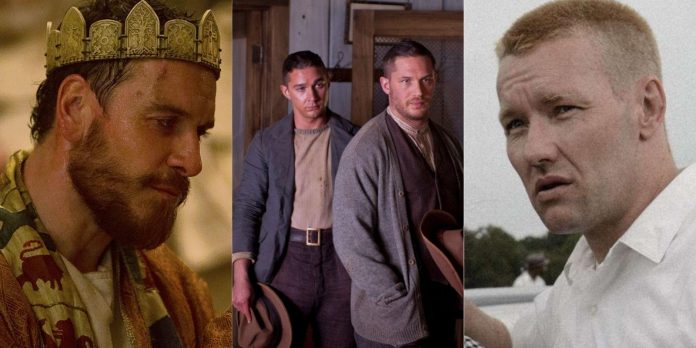 Although Crimes of the Future by David Cronenberg made a stir at Cannes by causing a walkout in the first few minutes, the film didn’t end up winning the competition’s Palme d’Or. The prize instead went to Triangle of Sadness, a class-critique film in the vein of 2019’s Parasite, also a Palme winner.

Throughout the competition’s history, however, the Palme selections have caused plenty of controversies, with many movie fans each year feeling that the most deserving film wasn’t recognized. As a result, many of them expressed their dissenting thoughts through Reddit.

Portrait of a Lady on Fire is an intimate period drama that follows two women – an artist and her subject – as they grow closer and form a romantic as well as spiritual bond. It competed for the Palme d’Or in 2019, but Parasite ultimately won that year,

“Would really love Sciamma to win the Palme d’Or,” Redditor paper_zoe said, referring to the film by way of its director, Céline Sciamma, when commenting on a post about that year’s awards. It was definitely a strong contender, and an argument is there for it being the best, although few would argue that Parasite was not worthy of winning the award.

Although Denzel Washington’s Macbeth has brought renewed attention to the play, another among the best Shakespeare adaptations is 2015’s Macbeth, starring Michael Fassbender in the title role and Marion Cotillard as Lady Macbeth. IdontSparkle felt it deserved to win that year’s Palme.

“I can’t name anything that was wrong with this movie,” they say, lauding its excellence in acting, direction, and cinematography. Considering this was in response to a post about Jacques Audiard’s Dheepan winning the Palme d’Or, it’s clear Sparkle would rather have seen this film win. The movie shows off Justin Kurzel’s amazing directing, and makes it a mystery why his 2016 Assassin’s Creed film was so bad.

“I was almost certain this was finally Jarmusch’s year,” BPsandman84 said, referring to the fact that underrated director Jim Jarmusch’s Paterson, starring Adam Driver, didn’t win the 2016 Palme, while admitting that the actual winner, I, Daniel Blake, wasn’t undeserving of the award.

Paterson follows the daily life of a bus driver named Paterson, played by Driver, who dreams of being a poet. One of Adam Driver’s most likable characters, Paterson is an average Joe, but his relatable life mixed with his dreams of being a notable creator make him so endearing. Watching the film is like watching real life go by, something few films ever achieve. It’s magical in a way CGI blockbusters never are.

An Iranian production, The Past follows a divorce between an Iranian couple based in France, the complex feelings they have regarding one another, and how each is or is not moving on with their lives now that the relationship is over. It plays a little like Marriage Story, but the similarities end at the surface.

“While The Past further amazed me about Farhadi’s recent work, I was let down by the winner of Palme d’Or Blue is the Warmest Color,” said potKeshetPO all those years ago, going on to provide a detailed, well-argued explanation for their disappointment. Regardless of which film deserved to win, it is a shame that The Past never received a wide release in the U.S., because it’s a well-acted, engaging piece of Iranian cinema.

The French film Holy Motors follows a man as he seems to take on several different performance roles throughout the course of the day, although an in-universe audience or film setup is never depicted, leading to the unanswerable question of what, exactly, this man is doing.

Related: The Best French Movie From Every Decade Of The 20th Century

“In my mind,” posted trty0, “Holy Motors was definitely the most deserving winner” of the Palme d’Or, for its brilliance and uniqueness. As many have noted over the years, the Palme is often (though not always) awarded to a consensus picture that the entire selecting jury can get behind, so it’s possible Holy Motors lost to Amour in part because of its unique aspects.

Featuring a great central performance with one of Tom Hardy’s best gangster roles, Lawless follows three brothers who act as bootleggers during Prohibition, and their violent clash with a lawman who, instead of seeking to enforce the law, pursues them because they refuse to buy him off.

A former Redditor said that “Lawless was the one I enjoyed the most” of all the Palme d’Or candidates of that year, which also included Holy Motors and the winner, Amour. It is certainly one of the more accessible films for American audiences to compete for the prize that year, in the vein of more mainstream fare. It isn’t like that hasn’t even earned a win, either, as the fan-favorite Pulp Fiction won in 1994.

Although Robert Eggers’ surreal film The Lighthouse was not in contention for the Palme d’Or, xvalicx felt that it should’ve been in the running, and then won the award. “Disappointed The Lighthouse isn’t in competition,” they posted, wondering who made that call.

Another user pointed out that it showed in the Directors’ Fortnight section of the festival, but while that’s still prestigious, it isn’t at the same level as competing for the festival’s ultimate prize. Considering how few black and white films are made today, it would have been a nice statement to have it compete. At least it got some play at the festival, though.

Based on a Haruki Murakami short story from 2014, the Japanese film Drive My Car follows a theater director staging a multilingual production of Anton Chekhov’s Uncle Vanya while also trying to cope with the loss of his wife, which is no small part of his draw to creating art in the first place.

“Drive My Car was my pick for the Palme D’or,” wrote velzerat to the announcement that Titane won the award, “but I’ll take Best Screenplay,” which it actually won. Sadly, this Redditor’s wish for the film to make a big splash didn’t come true. While Parasite showed that foreign films could get wide attention, few have replicated its feat. Drive My Car deserved to have that chance, though, and is worth a watch.

“I really thought … Decision To Leave would get the big prize,” wrote RayAnselmo to the news that Triangle of Sadness won the most recent Palme d’Or this past May. Whereas Triangle of Sadness is a satirical comedy about economic inequality in the same line as Parasite, Decision to Leave is a South Korean mystery film.

Decision evokes film noir, especially through the mysterious wife of the dead man whose enigmatic presence toward the detective is straight out of film noir’s femme fatale trope. It’s a draw for anyone who enjoys that genre and deserved a wider release, if not the Palme. That’s not to say Triangle of Sadness is without merit, as even RayAnselmo admits to looking forward to watching the film when it’s available.

One of Joel Edgerton’s best movies, Loving sees the actor play the white husband in the story of an interracial couple from Virginia whose fight for equal rights in marriage led to the downfall of interracial marriage bans in the United States, and later helped the push for same-sex marriage equality.

JJRichard pointed to “Loving from [Jeff] Nichols” as one of a few movies “which [were] getting nearly universal acclaim” and were more worthy of winning Cannes acclaim than Xavier Dolan’s It’s Only the End of the World. If going based on relevance, then Loving definitely deserved to win, since its topicality on race in America is still relevant more than half a century after the events it depicts.

Tiny Tina’s Wonderland will be released on Steam very soon