Home Entertainment 10 films in which everything returns to normal by the end, according... 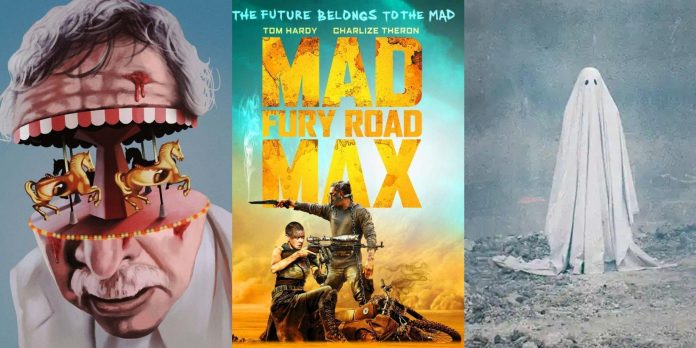 One franchise that is always bringing its movies to full circle and then restructuring it all over again is Scream, and the announcement of the sixth movie releasing in 2023 has thrilled fans with what might be coming next.

While it doesn’t always work, some movies know brilliantly how to tie up the story by returning to the very beginning. Almost like in a loop, characters regress to the same place they were at the start of their journey either by chance or choice, but that doesn’t mean they haven’t changed. Ranker lists a few of the best movies where everything comes full circle.

Note: Ranker lists are live and continue to accrue votes, so some rankings may have changed after this publishing.

Directed by a master of the horror genre, George A. Romero, The Amusement Park isn’t supposed to be scary but is truly an uncomfortable watch. It follows an elderly gentleman that goes out on a presumably ordinary day at the amusement park, only to find himself in the middle of a troubling nightmare.

Related: 8 Horror Movies You Didn’t Know Were Directed By George A. Romero

The Amusement Park is a puzzling, hellish portrayal of the old age, presenting a horrifying truth: as you get older, life looks more and more like a meaningless loop. Different versions of ourselves go through the days that pass by, renewing automatically just to witness the same things over and over again. More than once, the movie challenges the viewers to ask themselves: as time passes, is death supposed to be a relief?

Lost In America presents two characters willing to do the opposite of what society tells them two do, deciding to put into practice the thought of “what if we left everything behind?”. David and Linda are a couple leading a steady life in LA when they suddenly decide to quit their jobs, liquidate their assets, and spend the rest of their days traveling America in a Winnebago.

The movie is a hilarious approach to sort of a reverse-American dream, as the deeper the characters sink, the more they want to go back to the lives they had before. Lost In America presents no way backward nor any chance of success ahead; sometimes one’s just got to stay the same.

A Ghost Story is the melancholic tale of a white-sheeted ghost that haunts his own house after his death, initially to console his grieving wife. However, his spectral state becomes loose in time, as he witnesses the life he has once known fade away and give place to other generations and events.

In a delicate attempt to discuss the eternal return of existence, A Ghost Story finds itself in the little details that keep us moving forward in life and death, as well as time and space. The ending brings the narrative to a full circle, in a haunting conclusion to a story that has already been finished.

In this ’80s classic, Jake Blues reunites with his brother after being released from prison, on a mission to raise funds and save the orphanage in which they grew up. For that they attempt to get their old R&B band together, getting into a snow-balling situation as they face trouble all along the way.

Counting with one of the most memorable duos of movie history, The Blues Brothers is a hilarious and energetic story in which the characters are all brought back to their roots at the end but not in the most positive of ways, as the band gets locked up in jail. The off-beat humor and easy-going narrative filled with music and action make this movie one of a kind.

Point Blank follows a man that, after being double-crossed and left for dead, sets out in an inconsequential spiral of violence to retrieve the money that was stolen from him.

The movie comes full circle with an upsetting twist; viewers followed the enigmatic character called Walker fights his way through a dangerous organization to overcome the consequences of a betrayal, only to find out he’s been used as a pawn throughout the whole movie, once again played and discarded.

12 Monkeys follows a convict, played by Bruce Willis, who sets out on a time-traveling mission to discover the origin of a deadly virus that wiped out nearly all of the Earth’s population. Mistakenly sent back to 1990 instead of 1996, he fails to convince anyone of what truly brought him there and is locked up in a mental institution.

12 Monkeys is one of the best sci-fi thrillers and offers an incredible twist by revealing that dream sequences of the beginning were actually flash forwarding the story’s final moments, as Bruce Willis’s character meets an ending that was foretold since he was a child.

One of the most original and exciting blockbusters of the last decade, Mad Max: Fury Road is more than an action movie with non-stop combat and thrilling battles on wheels. By the end, it’s clear how the movie’s purpose was to show how the characters evolved together, deciding to think collectively and return to their starting point for a fair new beginning.

The film is set in a post-apocalyptical wasteland, and the path of two fugitive rebels cross as the army of a ruthless tyrant closes in on their heels. At last, Fury Road ends up transforming a hopeless dystopian scenario into a potential utopia.

It’s difficult to predict where After Hours will take the viewers, as it offers a surreal journey into the chaotic late night of New York. In the film, an ordinary word processor, Paul, decides to break his routine by agreeing to visit a girl in Soho whom he met earlier at a coffee shop.

What starts off as a casual evening escalates into the worst night of Paul’s life, as everything gets in his way as he tries to go home and the weirdest characters show up out of nowhere to give him an even harder time. After all the non-stop craziness, he must once again sit at his desk for one more monotonous day in the routine.

With an outstanding leading performance from the comedy legend Steve Martin, The Jerk follows a single-minded, sheltered country boy that feels left out in his family, suddenly deciding to take the chance in the big city, where his quirky naivete is both his best friend and his worst enemy.

Steve Martin’s character prospers and finds success, but goes broke as quickly as he got rich. What could end in a bittersweet conclusion takes a final turn, as the protagonist returns to his family to find a welcoming home and finally understand what is happiness.

A spaghetti western masterpiece, The Good, The Bad and the Ugly sets up its story with a ploy prepared by the two protagonists; they turn one of them to the authorities, collect the reward, and then shoot the noose when they are about to get hanged, fleeing somewhere else to do it all over again. They were doing just fine before crossing paths with Angel Eyes in the search for a buried fortune.

The final moments of the film present an epic three-way standoff between the three characters, in what feels like the most anxiety-inducing shot ever. Carried with tension, the movie concludes with the same ploy used in the beginning, marking a new beginning for the two characters.