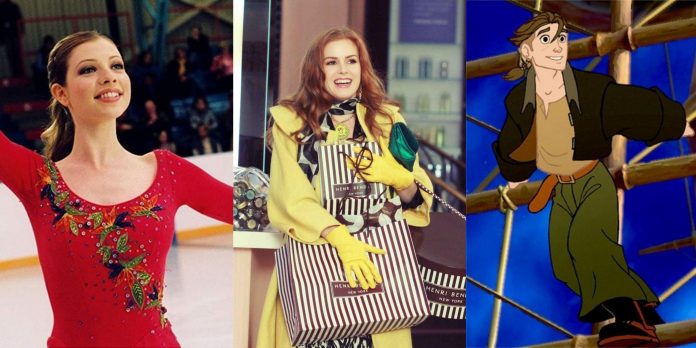 The recent release of the Obi-Wan Kenobi TV series has led to so many fans of the franchise going back to watch the Star Wars prequels from the 2000s. While those are some of the biggest movies from the decade available on Disney+, there are plenty of great ones that flew a bit under the radar.

Disney’s animated movies, along with releases from Pixar and Marvel, are typically all memorable and big deals, so most hidden gems come from other avenues. These include 20th Century Fox films, live-action sports movies, box office flops, and more that were overlooked, yet are worth a watch.

It can be difficult to stand out in the crowded field of sports dramas. A lot of them follow similar tropes, so it typically needs to do something unique for people to really take notice. Alas, that’s not really the case with Glory Road as it struggled commercially and wasn’t seen by many.

RELATED: The 10 Best Basketball Movies Ever Made, According to Rotten Tomatoes

That’s disappointing though because those who gave it a shot were treated to an emotional true story about how the first all-Black starting lineup for a college basketball team came about. It follows the expected formula of the genre but it features strong performances and even won an ESPY Award.

Confessions Of A Shopaholic (2009)

Sophie Kinsella penned novels spanning about a decade dubbed the Shopaholic series and two of them were adapted for the big screen in 2009. Confessions of a Shopaholic was actually a success at the box office, grossing over $100 million.

However, it is still classified as a hidden gem of sorts because it didn’t receive positive reviews from critics and some may have overlooked it due to the premise. Thanks to a charming and charismatic lead performance from Isla Fisher and a supporting cast including Hugh Dancy and Krysten Ritter, the movie is simply a delight.

There is a surprisingly large number of sports films available on Disney+ and many of them could be considered hidden gems. Among them is The Greatest Game Ever Played, which didn’t make back its budget in theaters and has been forgotten by most people.

It might stem from the fact that this is about golf, which isn’t the most cinematic of sports. The drama tells the true story of Francis Ouimet and his shocking victory at the 1913 U.S. Open. Although it wasn’t seen by a lot of people, the reviews for it were solid.

Another movie that struggled on a commercial level is Tuck Everlasting. Based on the kids’ book of the same name from 1975, the film didn’t even crack $20 million at the box office and doesn’t really feature any blockbuster actors.

Despite that, the cast is filled with talented actors like Alexis Bledel, Sir Ben Kingsley, William Hurt, Sissy Spacek, Victor Garber, and more. The plot centers on a young woman who falls in love with a man from an immortal family. In recent years, the tale has been adapted into a stage musical.

Along the same lines as golf, figure skating isn’t the thing that typically first comes to mind when thinking about cinematic sports. When done right, it works in that fashion though, evidenced by 2017’s I, Tonya. Although not nearly as well-received, Ice Princess is also a solid figure skating flick.

The Disney film missed the mark at the box office but Ice Princess has a lot going for it. Joan Cusack and Michelle Trachtenberg are wonderful in the lead roles and the story of someone giving up a promising academic life to follow their dreams is relatable for some audience members.

Long before the days of the Marvel Cinematic Universe, Disney tried their hand at the superhero genre with Sky High. It is another film to underperform commercially but it scored better with critics and remains beloved by those who saw it.

The coming-of-age superhero comedy focuses on a teenager trying to balance his school and family life. The setting lends itself to some fun scenes and the cast gives it a boost. Sky High sees veterans like Kurt Russell and Bruce Campbell alongside rising stars like Mary Elizabeth Winstead and Danielle Panabaker, making for an excellent balance.

Once again, it’s a sports movie based on a true story. Invincible tells the tale of Vince Papale, a lifelong Philadelphia Eagles fan who won a sport to play for the team during the late 1970s. Unfortunately, even with Mark Wahlberg in the lead role, the film struggled at the box office.

RELATED: The 10 Best Football Movies Ever Made, According to Rotten Tomatoes

Wahlberg’s performance is one of his most underrated and he’s backed by Greg Kinnear and Elizabeth Banks. Again, it doesn’t do anything new with the genre but there is a lot of heart in this story about football, friends, and family.

The “Miracle on Ice” is one of the most famous moments in sports history. Taking place at the 1980 Winter Olympics, it saw the underdog (mostly amateur) American hockey team defeat the heavily favored four-time defending gold medal team from the Soviet Union.

The story was covered in a great ESPN 30 for 30 but was also the subject of Miracle, one of the best hockey films ever made. The sport isn’t the most popular in the United States, so it got overlooked by many moviegoers, which is a shame.

Disney has become quite fond of releasing live-action remakes of some of their animated classics. While that has worked financially, it might be a better idea to adapt their animated movies that didn’t initially perform well, breathing new life into them. Treasure Planet would be a great place to start.

The 2002 film is one of the studio’s biggest flops but it received solid reviews. This adaptation of Robert Louis Stevenson’s famed novel was filled with adventure, a quality voice cast, and an impressive animation style, so those who missed it should give it a shot.

When most subscribers think about Disney productions, they’ll likely consider animation or even some flashy live-action flicks. That makes it so something like Dan in Real Life gets passed over which is unfortunate since it has plenty going for it.

For starters, it features Steve Carell in the lead role during the height of his run on The Office and appearances by Allison Pill, Dianne Wiest, and Emily Blunt. The emotional film also boasts an intriguing twist as the titular widower falls in love with a woman only to find out that she’s dating his brother.