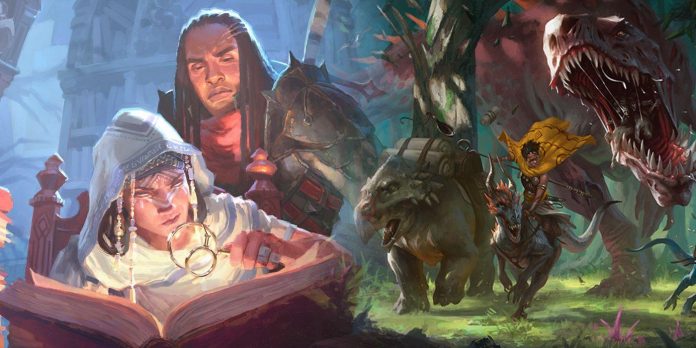 A vast amount of recent literature has added a slew of new subclasses to fifth edition Dungeons and Dragons, giving players even more ways to customize their characters. Fans were quick to point out that many of these subclasses are significantly more powerful than their counterparts in the Player’s Handbook, sparking discussions about power creep.

New sourcebooks also gave powerful new abilities to some classes and made them legendary among the Dungeons and Dragons community. But what gets left behind? Some subclasses feel like they are stuck in a bygone era, neglected by the team. That’s a shame because many of these subclasses are flavorful, they deserve to be equally powerful.

Updated on June 19th, 2022 by Hodey Johns: When this list first came out, it only had five entries. And that made sense because subclasses were still fairly new. Now, each class has a trove of subclasses to consider. As a result, this is now a top ten list instead of a top five list. In addition, the original five entries have been replaced with others that are in even more dire need of upgrading. Images have been added from official sourcebooks and official online sources so as not to worry about stealing any fan art from the creative community.

Path Of The Berserker Barbarian

As completely broken character builds have begun to dominate tabletop boards, some classics, like the Berserker Barbarian, have gotten progressively worse. This was already a really tough sell for players since stacks of exhaustion accrued through Frenzy were punishing enough.

The addition of better options means the most iconic kind of Barbarian is now often ranked as the worst subclass choice. There needs to be a way to unleash the same kind of fury without turning the character into one that fights briefly and then needs months to recover.

It would be tough for the next edition of Dungeons and Dragons to make the Cleric any stronger than it already is. The class is often considered the best for both solo and group play. No other class has more subclasses banned due to throwing off the entire balance of the game.

Nature Domain isn’t bad for most classes, but compared to other Cleric options, it’s awful. Channel Divinity: Charm Animals and Plants and Master of Nature are both so situational that most campaigns will have no use for them. And these are the only interesting parts about the domain at all.

The Druid’s versatility has always been something to admire. Players are free to specialize the Druid to be any role they wish and it does these roles at a very competitive level. The Circle of Dreams Druid has a ton of flavor and utility, but doesn’t sparkle as the other circles do.

A few of the special abilities are better duplicated by spells the Druid already has access to, making the subclass redundant and forgettable. Hopefully this class gets even better when the sixth edition rolls around.

The Arcane Archer was already asking a lot of players; they had to make their fighter ranged and use spells instead of enhancing their incredible physical melee prowess. The payoff is Arcane Shot, which is strong, but gets used up in a single round and needs a rest to recharge.

To make this kind of sacrifice worth it, the spells and ranged attacks would have to be as strong as a Samurai or Battle Master fighter. As it stands, these aren’t in the same vicinity. The damage is so paltry that somebody who even wanted to be a ranged and magical fighter would still likely be turned away by this offering.

Way Of The Sun Soul Monk

There is some potential here, but the Ki demands are too high for a mediocre and temporary damage increase. Even a character who sacrifices their charisma and ignores NPCs that make the campaign worthwhile won’t feel powerful or interesting enough.

Oath Of The Watchers Paladin

When a subclass is geared for a single campaign, designers need to ensure that the elements still work well outside of the campaign. This is not the case for the Oath of the Watcher Paladin, who receives boosts to fighting extraplanar creatures and not much else.

In a typical campaign, extraplanar creatures are highly uncommon. If they do pop up, any caster can send them back to their home dimension instantly, making them superior to this entire subclass. A really cool campaign setting could make this kind of Paladin worth it, but a DM would have to bend over backward.

Perhaps when playing a parody of Dungeons and Dragons, skill checks become more important than the combat. The Inquisitive Rogue is likely the best character in the game, after adding the Expertise feat, at perception checks, which are admittedly valuable.

But how much is too much to sacrifice? Passive perception will be the majority of such checks and it doesn’t take that much for any class to be competent in this regard. In exchange for this minor boost, the subclass loses too much damage.

If subclasses were ranked based on flavor alone, the Storm Sorcerer would be close to the top. Controlling the weather with area abilities that surround the character like an eye of the storm is unbelievably awesome and flavorful.

RELATED: Monsters In Dungeons & Dragons That Can Destroy Any Player

In practice, this is the weakest build for the class. Getting into melee range for a lightweight caster has obvious issues. The damage doesn’t scale on most of its spells. It gains flying in the end, but the subclass almost mandates flying to be useful at all.

As with many entries on this list, the role-playing element here is spot on. Imagine a patron that prevents the character from dying, even in the direst of circumstances. The price to pay is losing the Warlock’s impressive damage, but survival against all odds sounds worth it.

Unfortunately, the extra healing and death prevention aren’t very good. A first-level multiclass into Fighter gives the Warlock about as much emergency healing as this entire subclass. This is a wasted opportunity to do something really cool and should be remedied if any subclass is to be fixed up.

There is so much potential for the Transmutation Wizard to be both fun and powerful. In story-rich campaigns, there are some perks here. The character can buy things with “fake” money or spy on enemy targets. However, Wizards get access to similar enough spells eventually that this school gets phased out.

That’s really devastating for a Wizard since they’re designed to get absurdly powerful eventually. The perks toward Constitution and Concentration are better received by feats and other spells.

Dungeons and Dragons: Fifth Edition sourcebooks are available online and in stores now.