Home Entertainment 10 conflicting views on “Star Wars,” according to Reddit 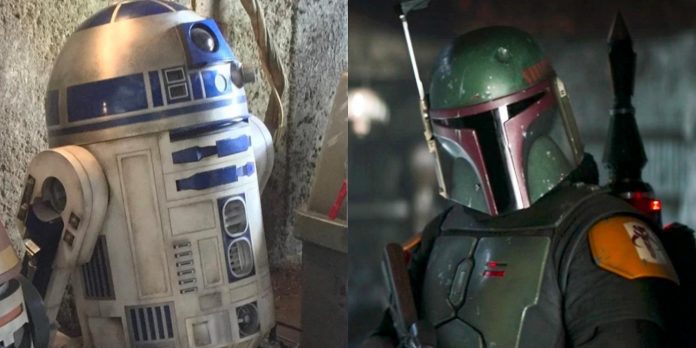 The new series “Obi-Wan Kenobi”, unsurprisingly, turned out to be very controversial when it comes to “Star Wars”, as some liked how it explores the dynamics between Obi-Wan and Leia, as well as between Obi-Wan and Anakin, others rebuked his story and its plot holes. Of course, this franchise is no stranger to controversy, and it has been so almost from the very beginning.

Reddit users have outlined in some detail some of the most controversial moments related to “Star Wars” and their various films and TV shows, demonstrating how this phenomenon has always caused controversy.

Part of what made Star Wars such a powerful franchise was, of course, its fans, who help keep it a key part of popular culture. However, according to some Reddit commenters, the fandom was also something of an ambiguous blessing.

For example, Absoluteunit94 says the following: “I like Star Wars. Movies, TV series, games. But society spoils everything. They complain and complain about every single thing that is. This is fantasy, not history.” It is clear that the community is not for everyone.

There are many important planets in the Galaxy, but there is no doubt that Tatooine is vital, given how many important events are taking place there. This has confused some of the authors on Reddit, who find it incredible that this remote planet can become such a link.

Moreover, given the popularity of the planet, it makes even less sense that so many people will go there, as shaka_zulu12 states: “It’s strange how people continue to hide and try to “log out” on one of the most popular planets in the damn galaxy.”

Everyone is too connected to everyone else

One of the narrative sequences in the entire trilogy sequence is the Skywalker family (and, to a lesser extent, the Palpatines). And as the series unfolds, it focuses quite heavily on the various characters that are connected to each other. Although it provides a lot of internal continuity, not everyone liked it.

The duece2121 objects especially vigorously: “In a similar note, given that the series covers 3 wars over 60 years of the pangalactic conflict, maybe literally all important people will stop being B*** RELATED to EACH OTHER?” It remains to be seen whether this will change in future parts.

The Death Stars were poorly managed

The Two Death Stars are one of the most important ships in the history of Star Wars. However, they also received their share of criticism, as some pointed out how poorly they were built if they could be destroyed so easily.

Engeneus, however, makes the following contradictory statement: “The Death Stars were not poorly designed, they were just poorly managed.” Indeed, as they go on to explain, if it had been better managed, it probably could have avoided the destruction that awaited it at the hands of the rebels.

The franchise must move to a new time period

The period of the late Republic and Empire is obviously the central point of the most famous “Star Wars” stories. While this has allowed for some continuity in time and characters, some Reddit users believe it’s time for the franchise to move beyond that.

Alandrus_sun points it out like this: “I’m tired of the Empire era when they need to justify why there are more than 2 Jedi and 2 Sith at one moment, knowing that everything is meaningless until Luke leaves the farm.” Given how much material remains to be studied, it is hoped that Disney will decide on this course of action.

The treatment of droids is reprehensible

Although humans are often central to the story, it must be said that there are also many great droids, many of whom often steal the scenes in which they appear. At the same time, it is very strange, and sometimes morally questionable, how even the heroes treat them.

Wulfnstein85, for example, writes: “It’s pretty hypocritical on the good side to treat droids like slaves, but at the same time be a good girl, helping carnal beings in the universe.” It’s true that droids are often thrown aside in Star Wars.

Since his appearance, Boba Fett seemed to have charmed Star Wars fans, and he was considered one of the best characters in the original series. Despite the fact that he has now appeared in his own TV adaptation, there are still those who hold the contradictory view that he does not deserve all the attention.

Imidoesonlyfans, for example, states: “Boba Fett is a strangely overrated minor character, and even after watching The Book of Boba Fett, I don’t really care about him.” For some, it is obvious that he will never live up to the hype around him.

Luke and Leia were supposed to train together

Luke and Leia are definitely some of the best Star Wars characters. T

Persona 5 Royal: How to use a mailbox