Home Tech The 10 best-selling PlayStation games of all time 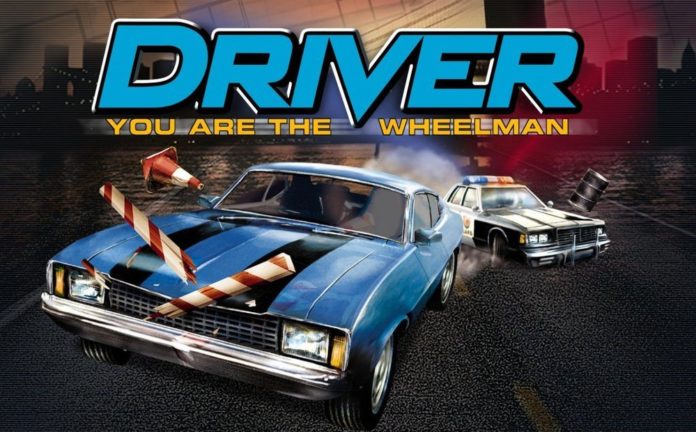 Sony Computer Entertainment’s first PlayStation (PS1) was initially launched in December 1994 in Japan, and marked the beginning of the company’s line of consoles. It remained on the market until 2006, and was the first desktop console to reach the mark of 100 million units sold, making it one of the most successful video games of all time. The games released for the PS1 marked an epoch, and certainly leveraged the success of the device. Titles like Final Fantasy VII, Gran Turismo and Tekken 3 beat huge numbers of units sold.

Below are the 10 best-selling PlayStation games of all time, according to estimates from the VGChartz website. Nostalgic hits like Crash Bandicoot, Gran Turismo 2 and Final Fantasy VIII were among the biggest highlights of the Sony console.

10. Metal Gear Solid
Metal Gear Solid marked the arrival of the acclaimed spy and action franchise created by Hideo Kojima in 3D games. Its debut on the platform was very well received, with very high marks in the reviews and its plot being compared to a cinema blockbuster. This is considered by many to be one of the essential PSOne games and has given rise to a series of games that were very successful in later generations. The bond sold about 6.03 million units, according to VGChartz estimates.

9. Driver
The first game in the Driver racing game series arrived in June 1999 on the PlayStation and was a huge commercial success. Just a month after its release, it already had more than a million copies sold and high praise from expert critics. In 2007 he was already a member of the PS1 Platinum line in the USA, with 3.22 million units sold only in the country. At the 1999 E3 Game Critics Awards, Driver won the title of Best Racing Game of the Year. According to VGChartz estimates, 6.27 million copies were sold.

8. Crash Bandicoot
Naughty Dog’s Crash Bandicoot character emerged as a mascot from Sony to compete with the popular Mario and Sonic, from competitors Nintendo and Sega. His first game was a fever among PlayStation players, being highly praised for its beautiful and colorful graphics, which made good use of the platform’s power, in addition to well elaborated and fun gameplay. According to the American market research firm NPD Group, it was for almost two years among the PS1’s Top 20 sales. VGChartz estimates that 6.82 million units were sold.

7. Crash Bandicoot 3: Warped (7.13 Million)
The third game in the Crash Bandicoot series was a worldwide success, including in Japan where it sold more than its predecessors and was the first non-Japanese game to sell more than 1 million units in the country. In 2002, he had sold a total of 5.7 million copies worldwide, being considered one of the most popular titles of his time. Still according to estimates, 7.13 million copies were sold.

6. Tekken 3
One of the most popular fighting games on the PS1 was definitely Tekken 3. Launched in 1998 on the Sony platform, it featured a total of 23 fighters, in addition to the Tekken Force and Tekken Ball modes, exclusive to the console version. In the same year of its launch, Tekken 3 already had more than 1 million units sold in Japan and was the third best-selling game of the semester in the country.

Considered one of the best fighting games of its time, it made the head of the players and generated a good financial return. The title also features a Brazilian character, Eddy Gordo, who faces his opponents with capoeira movements. Estimates show that 7.16 million copies were sold.

5. Crash Bandicoot 2: Cortex Strikes Back
In Crash’s PlayStation games trilogy, the second game was the most successful in sales, with 7.58 million copies, according to VGChartz estimates. Its graphics, gameplay and music were highly praised in the reviews, and this made it one of the best-selling PlayStation games of all time. It was released among Sony Greatest Hits in 1998 and subsequently entered Platinum games with 3.85 million units in the United States alone.

4. Final Fantasy VIII
Released in 1999, Final Fantasy VIII enhances the visual changes that the series has been receiving since its predecessor, Final Fantasy VII. Still with 3D graphics and pre-rendered backgrounds, he brought characters with a more realistic look in beautiful animations. In just two days after its launch in North America, it became the best-selling game in the country and held that post for more than three weeks. 7.86 million copies were sold, according to estimated numbers from VGChartz.

3. Gran Turismo 2
The sequence of the famous racing simulator Gran Turismo is very faithful to its predecessor, but it brings as news a greater number of cars, new tracks and more races in the simulation mode. The game was a bestseller in several countries and, in 2004, it was listed by PlayStation Magazine as the fourth best game of all time. There are 9.49 million units sold, according to estimated figures from VGChartz.

2. Final Fantasy VII
Final Fantasy VII was the title that marked the transition from the acclaimed RPG franchise to 3D. The game was a huge success both in sales and in criticism, becoming one of the most acclaimed and influential titles of all time. Final Fantasy VII won the Game of the Year title at different awards and helped not only with PSOne sales, but also with the popularization of JRPGs around the world. The manufacturer recently released Final Fantasy 7 Remake for PlayStation 4. Final Fantasy 7 sold 9.72 million units, according to VGChartz estimates.

1. Gran Turismo
The Gran Turismo racing simulator series was born in 1997, with this title that brought interesting graphics for its time and did very well with the critic, who praised it in several aspects. In 1998, it received the title of “Double Platinum” for having had more than 2 million sales in Japan. In 2008, it already accounted for approximately 10.95 million units sold worldwide, according to estimates, being not only the best-selling game PlayStation, but also the fourth best seller in the entire Gran Turismo franchise.