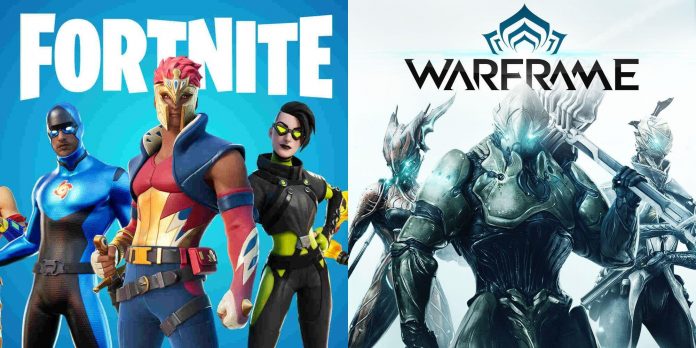 Due to the recent Summer Games Fest 2022, which featured new and upcoming Nintendo Switch games such as Neon White and Teenage Mutant Ninja Turtles: Shredder’s Revenge, many Nintendo Switch gamers are looking for new and enjoyable games to add to their system while waiting for their upcoming releases.

However, games for the Nintendo Switch can be expensive… So, what free options are there in the Nintendo eShop — and which game options in these categories are best to consider? From Fallout Shelter to Fortnite — these free apps offer gamers a lot of entertainment and fun to download at absolutely zero cash costs when buying.

Fallout Shelter is a side game from the Fallout franchise that aims to build and maintain a storage facility for residents. Players will need to maintain the morale of their inhabitants, as well as protect them from the dangers of the Wasteland.

Fallout Shelter also includes a fun quest system that allows players to choose residents to leave the vault and explore the Wasteland in a side-scrolling format. These quests include a simple but enjoyable combat system for the Inhabitants and can lead to a variety of useful rewards such as lunch boxes, weapons, outfits, junk, Quantum Core Cores and even new residents that can be added to the vault!

Brawlhalla is a 2D fighting game that is an exceptionally solid free alternative to the popular Nintendo Super Smash Bros: Ultimate game. Brawlhalla is an addictive beat—em-up game with a fun cartoon style and a large set of unique characters to choose from.

The huge pool of Brawlhalla characters makes the repetition of the game enjoyable and fun, as well as a lot of cross-content is added in the frequent updates of the game. With attractive levels, multiple game modes, and a variety of items and weapons that can be picked up in battle, Brawlhalla is one of the best free add–ons in the Nintendo eShop – complete with multiplayer access so players can fight with their friends.

Dauntless, known as one of the best free role-playing games for Nintendo Switch, is a monster hunting game that allows gamers to team up with others in a cooperative game or play alone. Players will fight huge creatures in various missions and will be able to create new and improved armor and weapons as they progress.

Dauntless provides the player with a huge beautiful world to explore and unique creatures to participate in battles, each with their own abilities and behavior. Regular updates are added to the game to maintain interest in fresh content, as well as special events that players can participate in.

Warframe is a shooter known for its large–scale action and intense battles. Players will choose and control a high-tech armor called a Warframe, as well as use their Warframe to participate in joint or one-handed shooter missions.

Each Warframe has its own unique abilities and special attacks that can be improved as the player progresses. As the game progresses, players can also discover new worlds to explore and go a long way in Warframe without investing any money in the game. For these reasons, Warfame is easily considered one of the best free action games for the Nintendo Switch.

Spellbreak is a unique battle royale game in which players can choose one of six classes of combat mages and fight them using magical abilities on the maps of floating islands. Spell Breaking allows players to collect these cards during matches in search of equipment, and runes give them an advantage over opponents in a spell battle.

With vivid abilities and visuals for a witchcraft–based gameplay, Spellbreak is a whimsical variation of the classic battle royale format seen in many other games. Spellbreak is compatible even for cross-platform games, which allows players from different consoles to join groups and fight enemies. In general, Spellbreak is a great contender for a freebie that you can try on Switch.

Ninjala is a fighting arena game in which players control ninjas and compete to score the most points by destroying robots and fighting each other to a knockout. All attacks are based on chewing gum. Fans often call Ninjala a fun combination between typical “battle royale” games and the beloved Nintendo Splatoon franchise.

Ninjala has a fun, engaging cartoon style, and players can fully customize their character and weapons, as well as unlock new outfits and rewards. Ninjala offers constant updates and new unlockable content, as well as time—limited events – so there is always a reason to return to the game and fight with others.

Paladins is a free team shooter with challenges, in which there are 55 game champions and more than 20 beautiful maps to participate in the gameplay.