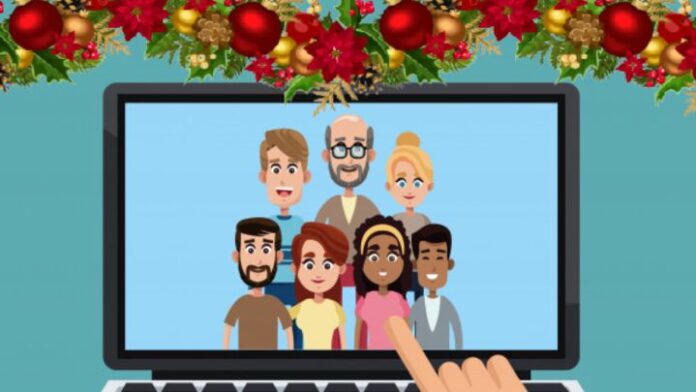 Under current rules, there is a limit to how many people can meet in a single home. But there are also many who will not be able to get together – or have decided to be cautious and not do it – tonight. But what the coronavirus pandemic separates can be brought together by current technology. And it is possible to dine with the family, enjoy Christmas Eve and Christmas together even if it is through a screen.

How? Using some of the following applications for video calls

Although it has been active for several years and in 2019 it was acquired by Epic Games, it has been this confinement by the Coronavirus that has given tremendous success to the House Party app in Spain and other countries such as Portugal or Italy. In fact, it has become the most downloaded application for iOS and the 5th most downloaded for Android, and part of its success is offering the same service -chat, video calls- as others but with somewhat different elements. In this way, more than a simple app to call, House Party becomes a social network like TikTok or Snapchat.

One of its attractions is that House Party allows you to create a virtual space with other users who also have the app installed, and create a group room where everyone can be online talking by video call. And the best: It has mini-games, so it can be used to talk and play with other users in real time. The games range from the classic Trivial of questions to the Pictionari of drawing to get it right, the mythical Who’s Who that is played with virtual cards, or Chips and Guac, a word-matching game.

Become one of the favorite applications during the first confinement and one of the most used in terms of work meetings and online classes, Zoom is another app that can be used. And actually you should, because the 40 minute limit you have for free account video conferencing doesn’t exist for today and tomorrow. As a Christmas gift, Zoom will allow you to be calling without a Premium account until 6 am on Saturday, December 26, with no absolute time limit.

The oldest on the list, Skype was for many the first contact with this video call two decades ago, through computers with webcam – when mobile phones were only used to call.

Now, in its mobile app, Skype allows HD video calls of up to 24 simultaneous people; text chat for WhatsApp type conversations; share photos and videos, and even functions of a classic mobile with being able to read and answer your SMS messages or make voice calls online and also to mobile and landlines (separate pricing).

What to say about the absolute queen of instant messaging. WhatsApp is the most used chat app in the world, but for several years it has had the function of audio calls and online video calls. Of course, make sure you are connected to the home WiFi and the signal is good, because the service sometimes tends to hang. To start a call you just have to open a chat with a contact or within a group and hit the camera icon -for video calls- or the phone icon. Simple and straightforward.

One of those apps that you must have installed if you use Apple, FaceTime allows you to make audio and video calls from your iPhone, iPad and iPod touch to other iOS devices or even to a Mac computer or laptop. This is what you can do in FaceTime

– Talk to your contacts using their phone number or their Apple ID.

– Join with group FaceTime of up to 32 people at a time.

– Use effects to become an Animoji, place stickers and much more on your FaceTime call.

– Use the FaceTime front camera to show your face, or switch to the rear camera to

show your friends what you see.

– Create favorites for quick access to key people from the Phone app.

– FaceTime calls are integrated into your recent calls list in the Phone application.

– FaceTime works over Wi-Fi (iPhone 4 or later) and mobile (iPhone 4s or later).

Converted from Google Talk, Hangouts is one of those universal apps that you can use to contact Android, iOS and Gmail users. You can send SMS, make video calls or voice calls and enter into a conversation with one person or in a group. Plus:

• Turn any conversation into a free group video call of up to 10 contacts.

• Keep in touch on Android, iOS and the web version, and synchronize chats between all devices.

• Send messages to your friends whenever you want, even if they are offline.

Another alternative, LINE is a cross-platform messaging app that comes with functions such as an encryption system between users, support for voice and video calls, but also with its own functions such as the option to make international calls to users. that do not have LINE, a sticker store, the ability to save your favorite photos and messages and even a timline where you can see which user has changed their status and photo and when they did.

If you thought that the 150 people that Hangouts allows within a group chat was the top, here is the Viber Messenger application to show you that it is not, because like WhatsApp, Viber has group chats of up to 250 people. And like the rest, it is capable of making video calls, and also organizing events, sending video messages, calling phone numbers and creating work groups. Ideal therefore if you have to do Telework during the quarantine.

At first such a successful function within Facebook that it earned having its own application, Messenger is one of the most used messaging apps of the moment. And like WhatsApp, it also allows you to make video calls to other contacts and also to Facebook users, regardless of whether one has an iPhone and the other is calling from iOS. You can send SMS, voice messages, video messages, texts, even send money. But the downside is that Messenger does not allow group video calls like Hangouts or Skype.

Another similar to House Party, Tango is not simply a messaging app with video calls, but an ideal interactive platform to make live broadcasts, group video calls, etc. Like a social network, you can bookmark a dance like on TikTok, or show how a chicken is cooked like on YouTube. And it also has mini-games that allow you to be talking to a contact and suddenly challenge him to do something in real time.