Home Entertainment 1 Huge Sign That Seth Rollins Is Participating in the main event... 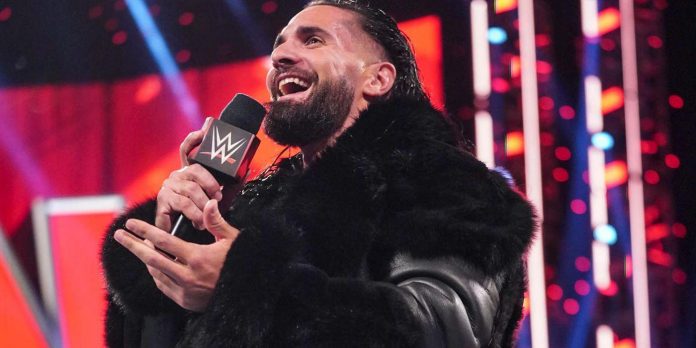 Seth Rollins has been one of the most stable performers of WWE Monday Night Raw, and it looks like he’s ready to take part in the main event Clash At The Castle match between Roman Raines and Drew McIntyre. In kayfab, Rollins injured two leading faces of the brand, and fans won’t see them on TV for a while. This gives him the credibility he needs to at least get close to Reigns, no matter how difficult it may be, because among ordinary mortals he was registered as Godzilla.

During the August 1 episode of Raw, the Architect began cutting a promo about Reigns before Street Profits was interrupted. This led to a high-profile match between Montez Ford and Rollins, but the fans never heard what Seth actually said about his former stable mate. Given the history between Rollins and Raines and the fact that they stayed away from each other for a while, there is some legitimate intrigue here.

It’s a tiny seed that’s likely to sprout over the next few weeks as WWE prepares for the Clash At The Castle in September. Fans already know that McIntyre will face Raines in this show, but Triple H may force his former protege to take part in this fight. There’s no other reason Rollins would have gotten this line on Raw otherwise, and it could be something of a clue when it comes to finishing at a premium live event. Corey Graves made sure to pay attention to the fact that Rollins also couldn’t finish his thought, which indicates that something is going on there.

WWE’s desire to involve Rollins in the Clash At The Castle would make a lot of sense. The company probably wants to send more than 60,000 people who bought tickets to a live event home happy. To do this, he needs to find a way to transfer the titles to Drew McIntyre without exposing Roman Raines as weak. Gods of wrestling, don’t let Roman Rains ever look weak.

By including Rollins in this feud, viewers could see a triple threat match at Clash At The Castle. If Triple H wants to rattle Riddle, maybe he can turn into a fatal four. In any case, Seth will be involved in this feud to take responsibility, protecting Raines as well as representing McIntyre in front of a huge audience. This is the moment he deserves after winning the championship in the era of empty arenas caused by the pandemic. It would also give WWE fans a respite from the seemingly endless Roman Reigns championship.