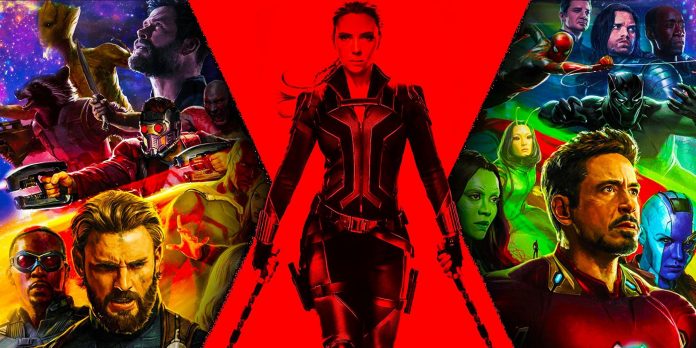 Black Widow is one of the founding members of the Avengers in the MCU, and while she’s generally pretty loyal to her comic book counterpart, one significant change makes the movie version even more impressive. Black Widow, aka Natasha Romanova, stands shoulder to shoulder with a super soldier like Captain America, and the comic version of the character is also enhanced with a chemical formula, but the Black Widow from the MCU has no abilities. Although she is not the only Avenger without superpowers, she manages to match the menace of her comic colleague only thanks to her skills.

Black Widow has been an important character in the Marvel Comics universe since the 1960s, debuting in Tales of Suspense as a Soviet enemy of Iron Man before overcoming brainwashing and becoming a member of S.H.I.E.L.D. and the Avengers. Although Black Widow has rarely had major roles in Marvel comics, she is nevertheless an important superhero associated with many of the franchise’s most famous protagonists. Black Widow finally got the wide recognition she deserved in the MCU, thanks to starring roles in Iron Man 2, The Avengers and the solo film Black Widow, which made her one of Marvel’s most recognizable heroes on screen and in comics.

Related: How the MCU Hydra and the Red Room Turned from Allies to Enemies

It is noteworthy that of the six founding members of the MCU Avengers, Black Widow is one of three superheroes who lack strength. Tony Stark is considered a strong striker thanks to his Iron Man suits, but Black Widow and Hawkeye use relatively simple gadgets and mostly rely on their superior martial arts and tactical abilities. While Hawkeye lacks superpowers in both the comics and the MCU, the fact that Black Widow matches her comic counterpart in real time, despite the lack of superpowers in the MCU, makes her an even more impressive hero, especially since she often fights alongside a chemically enhanced Captain America and turns out to be equally competent.

Why Black Widow Lacks strength in the MCU

In the comics, Natasha was given a Soviet version of the Supersoldier formula, which gave her improved physical abilities, slowed down her aging and allowed her to heal from injuries much faster. With that in mind, it’s no surprise that she’s just as destructive in combat as heroes like Captain America. But the MCU version of Black Widow is never shown with such improvements, making her many feats the result of brutal training in the Red Room. In the MCU, Natasha’s agility and strength seem superhuman at times, but her skills go beyond physical combat.

Like her comic counterpart, the MCU’s Black Widow is also one of the most experienced spies in the world, infiltrating Stark Industries, hiding Steve Rogers from Hydra’s radar, and even tricking Loki into questioning in The Avengers. As in the case of Hawkeye, many mistakenly consider the Black Widow weak and because of this she is often underestimated, despite her amazing abilities. While the Black Widow from the comics owes her physical exploits to training, as well as a variant of the supersoldier serum, the MCU version is an excellent fighter and spy without any improvements.

FIFA 23 is officially revealed with a new trailer