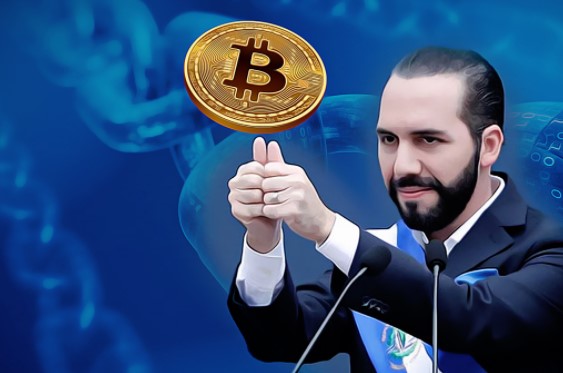 A first in the world, El Salvador had legalized Bitcoin across the country and allowed it to be used in payments. More importantly, they have published a series of studies and laws to encourage citizens to use Bitcoin. You can pay as you wish with Bitcoin at businesses in the country.

We have already announced the new plan of the fanatical Bitcoin advocate Nayib Bukele. The date has been clarified and Bitcoin bond issuance will begin between March 15 and March 20. Finance Minister Alejandro Zelaya said in a recent statement that the bond will be launched on Liquid, a Bitcoin-based service created by Blockstream, and investors can get involved, even with figures as small as $100.

Bonds will comply with all financial market regulations and KYC processes will be strictly enforced. Samson Mow, Blockstream’s chief strategy officer, said in December that the bond already has soft commitments worth $300 million. El Salvador President Nayib Bukele announced that they were targeting 1 billion dollars when announcing the Bitcoin bond.

El Salvador President Nayib Bukele announced that half of the $1 billion raised will be used to help build the necessary energy and Bitcoin mining infrastructure, and the rest will be spent on adding to the country’s crypto assets.

Hosting the world’s largest Bitcoin experiment, El Salvador did not give up on its goals despite all the reactions. Citizens took to the streets to protest, the World Bank and the IMF urged them to give up, saying they were on the wrong track. But none of that added to El Salvador’s Bitcoin decision. On the contrary, every time Bitcoin bottomed out, Bukele announced that he bought more BTC.

One of the most important benefits of Bitcoin in El Salvador is the money spent on cross-border payments. A significant part of the country’s citizens work abroad and send their earnings to their families. The cost of all these international transfers to the country’s economy is over 15%, and only thanks to Bitcoin, the economy of El Salvador can grow 15% more. Financial giants like JP Morgan also confirmed that the country’s move was not entirely harmful, and $5 trillion Fidelity said more countries will follow in El Salvador’s footsteps this year.

3 Analysts: Bitcoin and Ethereum Going to These Levels!