Home Entertainment 007 No Time To Die: When Is The New James Bond Movie... 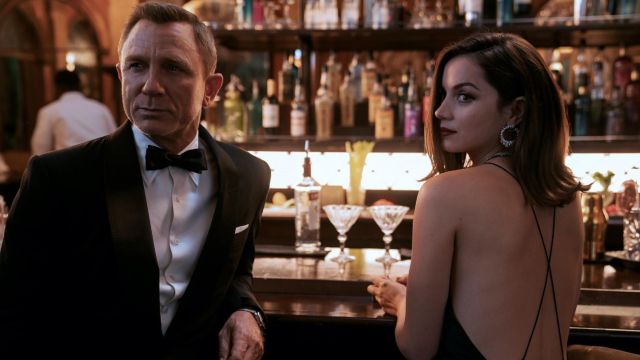 007 No Time To Die: We tell you everything you need to know about the next movie starring the best-known secret agent. James Bond is retiring, or so they say. Agent 007 has been through all kinds of situations and now he just wants peace of mind, but there would be no movie if he did, so the spy will put on his tux again to use his license to kill. And is that there is no time to die, or at least that suggests the title of the long-awaited film, No Time to Die. Its premiere has been delayed a few times due to the coronavirus pandemic, until the final date has finally been revealed.

Release date of No Time To Die

Daniel Craig’s latest film as James Bond 007 will be released in theaters next Friday, October 1. After No Time to Die, the producers will have to search for Craig’s successor, who has yet to make up his mind. Part of the community wants Henry Cavill (The Man of Steel, The Witcher) to put himself in the agent’s shoes, but those responsible for the saga have said that they are now focused on the farewell of the actor and that they will not start looking until 2022 .

What is No Time to Die about?

After all his adventures, James Bond is already a former MI6 agent. He has retired from active duty and is enjoying the good life in Jamaica. Everything is going well under the warm sun of this country, until a call interrupts his tranquility. Felix Leiter, a former friend and CIA agent, contacts him for help. A scientist has been kidnapped, so Bond will have to come to his rescue. Nothing is what it seems, especially in the world of spies, where everything moves in the shadows. The work escalates when a strange villain makes an appearance …

Who is HoYeon Jung, The “Squid Game” Model and Star Everyone...