Home Sport 0-6. Bayern goals with Lewandowski poker and is first in the group 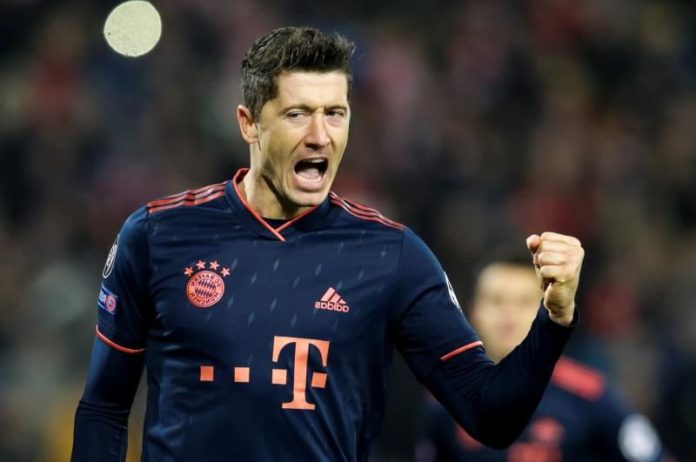 Bayern thrashed the Red Star at home on Tuesday (0-6) with a goal from Leon Goretzka, four from Robert Lewandowski and another from Corentin Tolisso, and mathematically secured the first place of his group in the Champions League.

For the first time since his arrival on the bench, Bayern coach Hansi Flick made important rotations by leaving key players in previous games as Joshua Kimmich, Thomas Müller and Serge Gnabry, and in Munich, with paternity leave, to David Alaba.

Flick opted for a double pivot in front of the defense, formed by Leo Goretzka and Corentin Tolisso, Alaba was replaced in the center of the rear by Jerome Boateng, Müller in the middle point by Thiago Alcantara and Gnabry in the right wing by Kingsley Coman .

Lewandowski’s party did not come until the second half, but in the first part Bayern’s dominance had already been suffocating.

The German team played an excellent first quarter of an hour in which they completely fondled the Red Star, put the ball permanently in the opposite half, exerted a very effective high pressure and generated several danger arrivals.

In the 14th minute, a header from Goretzka, center Philippe Coutinho from the right, put Bayern ahead.

In 16, Goretka was close to the second with a shot from the crescent that the goal Milan Borjan diverted to a corner kick.

Although after Bayern’s pressure eased a little, the game had a lot of monologue and at the end of the first part the only reproach that could be made to the Bavarian team was that there was only one goal ahead on the scoreboard.

It was too little for 15 shots on goal, some of which demanded Borjan, and a ball possession in excess of 70 percent.

However, any complaint about it was forgotten with the party that Lewandowski was given in the second part. It all started with a penalty, converted in the 53rd minute after a hand of Degenek inside the area.

In the 60th minute, Lewandowski scored Bayern’s third and second in his personal account from a short distance after Tolisso lowered a Coutinho center head first.

The fourth made it head, in 64, to center from the right of Benjamin Pavard, and the fifth in 67 with a shot inside the area behind a wall with Tolisso.

Then Flick moved the bench to rest Lewandowski and Javi Martínez, and Müller and Kimmich entered.

In the 89th minute, Tolisso, on the pass of Ivan Perisic, who had entered by Coutinho, put the icing on the sixth mark.