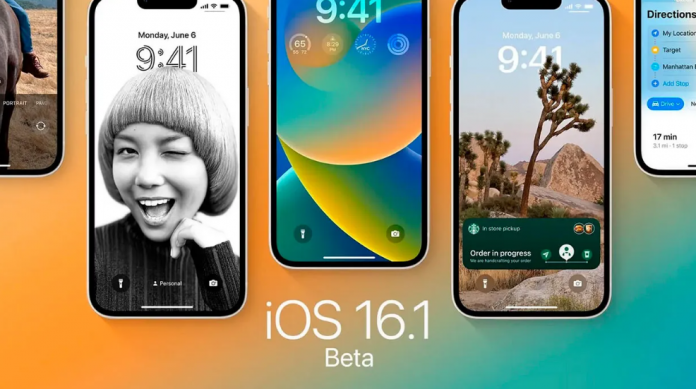 Right after Apple introduced iOS 16.1 Beta 3, it decided to release a public beta version so that more users could try it out.

Right after Apple introduced iOS 16.1 Beta 3, it decided to release a public beta version so that more users could try it out. Along with the features announced at the WWDC 2022 event, the new version also contains new settings that Apple is working on.

Live Events: Live Events helps you stay up to date with what’s happening in real time right from your lock screen.
Live Events API: You can follow the current sports game, follow the progress of your trip or easily place an order. With the new developer API, you can watch live broadcasts from your favorite third-party apps.
The Apple Wallet app can be deleted: OS 16.1 now allows users to delete the Wallet app for the first time. We remind you that when you delete the Wallet application, you will not be able to use a number of different functions, including Apple Pay, Apple Cash and Apple Card.
Matter Support: Matter stands out as a new smart home connectivity system that will allow compatible accessories to seamlessly work together on different platforms.
Shared iCloud photo library. The Photos app has a separate iCloud library that can be shared, added and viewed by up to six users. Users will be able to share existing photos from their personal library or share them by start date or people in the photos.
Charging with environmentally friendly energy. Clean energy charging aims to reduce the iPhone’s carbon footprint by optimizing charging time when cleaner energy sources are used on the grid.
Battery Percentage for more iPhones: After the launch of iOS 16 at the end of the beta cycle, the battery percentage icon is now also available on iPhone XR, iPhone 11, iPhone 12 mini and iPhone 13 mini.

In iOS 16.1 Beta 3, Apple now allows you to switch between wallpaper sets in app settings, and more iPad Pro models can use Stage Manager. In the coming days, Apple plans to make the system more stable with new updates.

So, what do you think about iOS version 16.1 Beta 3? You can share your opinion with us in the comments section.