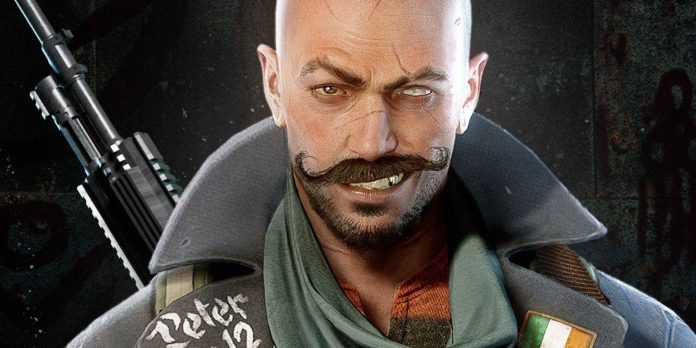 Back 4 Blood from Turtle Rock Studios is preparing for the next addition called Children of the Worm. The addition is designed to further expand the capabilities of the cooperative zombie shooter, originally released last fall. Since then, additions have been added to the game, such as new playable cleaners, Ridden underground hives, and many cosmetic options for characters and weapons.

Now Children of the Worm seems to be an even more significant addition. Recently announced on Twitter, this is the second paid content for the game after the April expansion Tunnels of Terror. This release was met with ambiguity — changes in the gameplay were minimal, and players could unlock new cleaners Heng and Sharisa without DLC, which is why many believed that it was not worth buying. So far, it seems that Children of the Worm will not disappoint in this regard.

There are few details, but the infographic accompanying the announcement posted on the Back 4 Blood Twitter account gives an approximate idea. New additions include the 11th Cleaner, new missions and story content, as well as a completely new threat that players will face. They are accompanied by an expected set of new weapons and cosmetic skins. Overall, it looks like Back 4 Blood players will finally get the core content they’ve been waiting for.

Back 4 Blood: Children Of The Worm’s New Cleaner — Prophet Dan

The most noticeable thing in the announcement is the new playable Cleaner from Children of the Worm: he stands in front and in the center, all scarred and grinning. Not much has been said about “Prophet” Dan, but his character’s design reveals a lot of details about the newest addition to the Back 4 Blood Cleaners list. He is almost certainly Irish, as evidenced by the conspicuous flag patch on his jacket and the inclusion of “Peter 4-12″—the Bible verse that mentions the fiery ordeal—reveals Dan’s religious nature and probably gives an idea of how he is viewing the zombie apocalypse. A few more things are pinned to the lapels, which, at first glance, are uninformative, but the patch with the image of a clover requires further study. The line of text at the bottom is hard to read, but it may say “Adventure Girls”. What this could mean is unclear, but it is possible that it was some kind of youth organization. Maybe Dan was a youth pastor before the apocalypse? Or maybe he had a daughter, and a patch for memory?

You can’t be sure of anything until Turtle Rock Studios reveals more information, but something like that is not surprising. As the main characters of the zombie game, Back 4 Blood Cleaners face a difficult campaign, but they are far from unambiguous – instead, each of them has a pronounced personality and amazing depth for the characters, who can mostly be seen running and shooting. Prophet Dan’s personality is likely to manifest just as strongly when Children of the Worm is released.

Back 4 Blood: Children Of The Worm Finally Adds New Missions

Back 4 Blood draws heavily on earlier zombie games from Turtle Rock, the hugely popular Left 4 Dead and its sequel. One of the major changes to Back 4 Blood was the addition of an end-to-end narrative line to the game’s campaign missions. The Left 4 Dead campaigns had a very loose story that basically served as a context for different levels— why, for example, players had to escape from a zombie-infested amusement park. Back 4 Blood, on the contrary, offers a real plot with several narrative twists, characters outside the playable cast and a serious increase in bets. Ultimately, the Back 4 Blood story campaign ends while remaining open enough to add content later — and Children of the Worm will do just that.

The fifth act, consisting of six missions, will be added with the release of Children of the Worm. This will especially please players who wanted more missions within the “Tunnels of Horror” and were disappointed by their absence. Back 4 Blood, like its predecessors, included a solid mix of urban, suburban and rural environments, but the image presented for the fifth act shows something different — a paved structure made of wooden pillars and sheet metal, with tons of verticalities and strange cult symbols painted on the walls. And three dark silhouettes with glowing yellow eyes perched high up. These ominous numbers look like a problem, a theory that is backed up by the latest major DLC addition. These are, it would seem, the eponymous Children of the Worm.

Even before any additions, the unique Ridden types in Back 4 Blood brought variety to player battles.

SacriFire: RPG With Strong Inspirations From The 90s Appears at E3